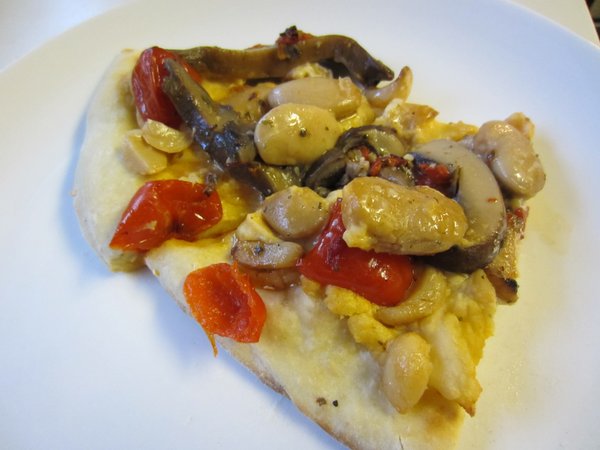 OK, I'll admit it, March Madness isn't the only sports' related item rumbling around my skull this week. It's hard to think of anything other than the Jayhawks, 'tis true, but each year at this time, one other little niggling event manages to creep in and a steal a share of the spotlight.

Never heard of it? Shame on you! I blogged about it (sort of) back in January. (Just kidding, I know I'm not exactly in Tennis Central.)

Though it's not exactly convenient for basketball fans, the "fifth major" tennis tournament started this week, and will end the same weekend as the Final Four, as it does every year. Back in the day, when I worked in sports, this meant trying to keep one eye on tennis and one eye on basketball (Hey, I worked in Florida — which IS Tennis Central — and it wasn't weird to be a tennis fan down there).

Years later, it's the same dual-pull for me, though now my job doesn't depend on knowing every little think about both. Truth be told, while my loyalties are still a bit split, the Jayhawks trump the tennis court, every time — even if my beloved Rafa is playing.

So, I thought this week it would be fun to share a recipe with "two faces." Because, whether we want to or not, chances are most of us have more going on than KU basketball this week. Whether that other thing be work, school, family, activities or other sports (or, if you're like me, all of the above).

Thus, I introduce to you my Two-Faced March Madness Pizza.

One side is traditional and Italian. The other side is a mix of Middle Eastern and Mediterranean. Together or separate, they're yummy. 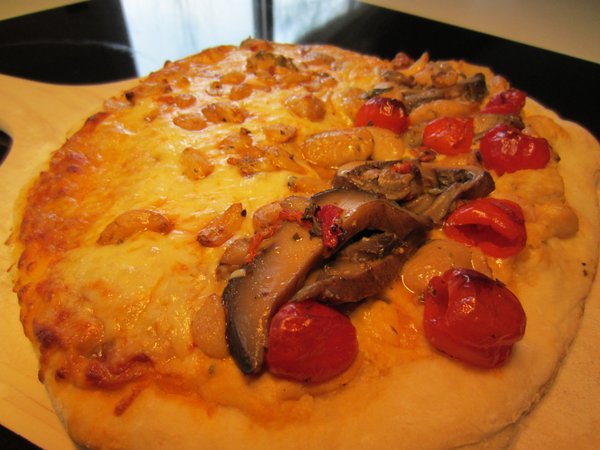 Doesn't that look gorgeous? It is. And it's incredibly tasty and easy to prepare, even on a game night.

To save even more time, make the dough ahead (or use Megan Stuke's trick, and buy some), freeze it, and then put the frozen ball of dough in a bowl to thaw before you leave for work on Friday. Come home, roll it out and make some really yummy pizza before KU's 9:17 p.m. tip-off.

Heck, use all the dough and make two pizzas — by halftime you might be starved from all the jumping up and down/screaming at the TV.

1 batch pizza dough, divided (I use this recipe from Mark Bittman)*

1 tub hummus (garlic hummus is really awesome on this pizza, but pick whatever type you like)

Preheat oven to 500 degrees. Roll out half the pizza dough on a floured pizza peel or cookie sheet (if you don't have a pizza/bread stone).

Spread your pizza sauce on one-half of the rolled-out dough, and hummus on the other half (you will probably only use a couple of tablespoons of sauce and hummus — do NOT dump the entire jar/tub on your pizza or it will be a soggy mess!). 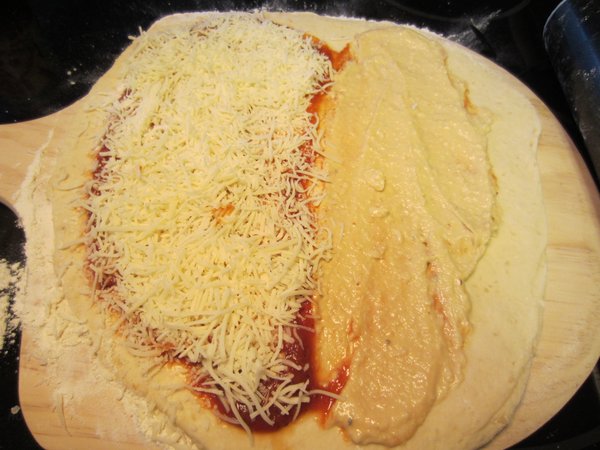 Decorate the saucy half with as much cheese as you like. On the hummus side, top with your faves from the Mediterranean bar. If you like, put leftover Mediterranean goodness on the cheesy half.

Bake on a pizza stone or baking sheet for 10 to 15 minutes. Pull out of the oven, and let cool a bit before you tear in.

*This recipe makes enough for two whole pizzas (8 small slices, each). If you want to make two pizzas, just make sure to have enough cheese and toppings, you should easily half enough pizza sauce and hummus for several pizzas.

what an awful looking thing--the Mediterranean half...

I believe that's before it's cooked.

mmmm I cannot wait to try this! can't believe hummus on pizza had not yet occurred to me, but thanks!

It really is great, even if it's not the most photogenic pizza ever!