Cooking away the CSA, week 13: The best beets yet (you can't beat 'em) 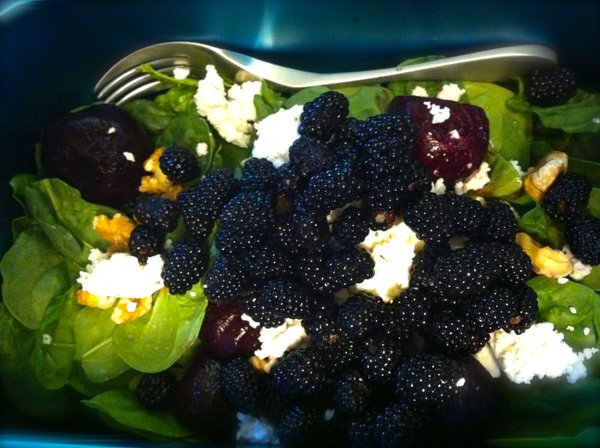 A few weeks ago, Karrey Britt and I were discussing all the ways one could serve beets. One of the ways we discussed was roasting them a la my balsamic veggies. But another way I hadn't tried was one so simple it seemed like a bit of trickery: Baked beets, no oil.

Supposedly (so said the Internet), you don't even have to peel them — the skins will just slip right off after they finish cooking and cool.

Seems too good to be true, right?

Well, when we received the most adorable little beets last week in our Rolling Prairie CSA, I decided to give it a go, figuring it might be the perfect method (if it worked) for them.

So, I washed them, ripped off their spindly ends and put them in their foil packets, oven set at 375. 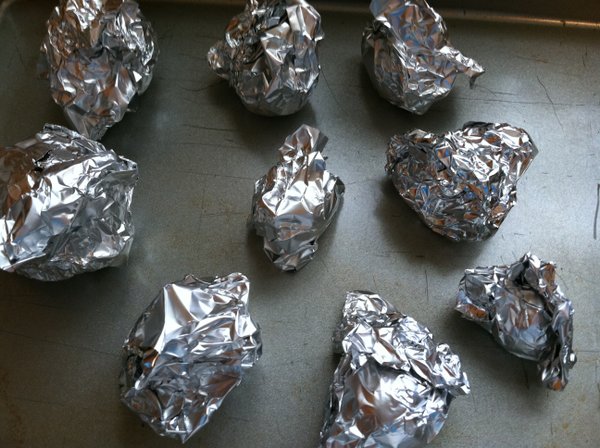 After an hour, I pulled them out, let them cool, unwrapped them and let them cool some more. When they were room temperature, I grabbed a butter knife to coax the skin off.

And you know what? It worked like a charm. 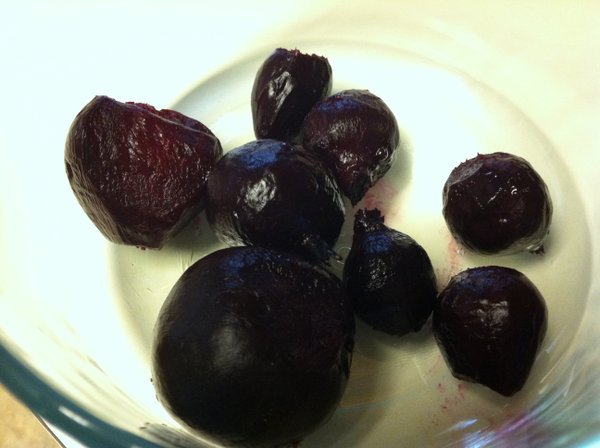 What took me so long to try this, I'll never know. But this will probably be my new go-to way of cooking them.

I enjoyed them in a lunchbox salad of baby spinach, local blackberries from the Lawrence Farmers' Market, walnuts, cashew goat cheese and then topped it all with honey mustard dressing. 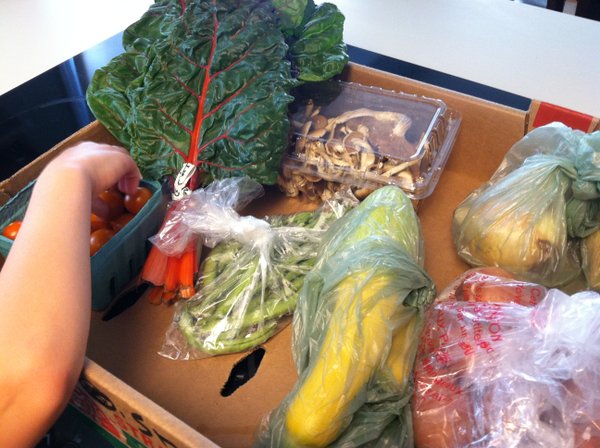 This week's bounty. As you can see, the cherry tomatoes were gone in an instant. by Sarah Henning