Liquor Buddies is a unique band. The group has played exactly one show so far, and released one song -- that being "Free In My Mind," the track to which you can listen above. However, the power-pop rock 'n' roll quartet will soon play their second show, at the Eighth Street Taproom with Red Kate on Thursday, August 9. Being as how this is a rather momentous occasion, I reached out to singer Steve Wilson (who you may have also seen fronting the Mahoots) about the band, which also features Matt Erickson (Litigators, Bleach Bloodz), Scott Gribble (Sunday Drive) and Doug Hitchcock (Near Death Experience). Wilson was kind enough to answer a few questions for us via e-mail. 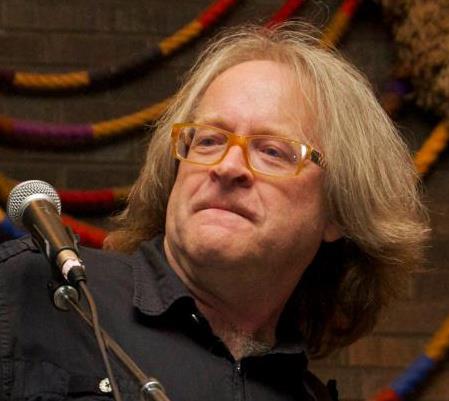 What brought you and Matt together? Had the Mahoots and Litigators played together, or was it more of a mutual admiration society?

We had. That was several years ago. I think we had a guarded appreciation what each other’s bands did. After that I saw him with the Bleeding Hands, warming up for King Khan and BBQ at the Record Bar, and thought they had a pretty good night.

But really, it starts with the Bleach Bloodz. When he was playing in an early version of the 'Bloodz I caught them at the Replay. He won’t remember, but he accosted me about some review I’d written that he didn’t like. I don’t really remember what the hell he was talking about. But I dug the band. After that, I’d see him at shows and we’d exchange slurred pleasantries. Finally, one night at the Brick he was sitting in with the 'Bloodz, as he did on occasion, and it just dawned on me to ask him to work on some music. I don’t think I’d even thought about it expressly before that night.

Getting together took a comedy of errors and miscommunications. But once we got down to music things gradually took off. We have a lot of shared tastes and we neither one give a damn what’s cool, current or whatever; we know what we think a certain kind of rock 'n’ roll should sound like and we’re shooting for that. We’ve also hit it off as guys, talking about life, philosophy, food, and girls. We are inspired by certain artists and approaches, but we’re not re-enactors. Anyway, we’ve been writing songs together for a couple of years, and have had a band more or less together for about half that time.

You describe Liquor Buddies as being in the "Berry-Cochran-Stones-Dolls-Ramones-'Mats-etc." format. What's the key to making such a well-traveled path interesting?

Heck, I’ll be rhetorical here - all of those bands were on well traveled paths themselves. They took the torch and ran. I figure we’ll do the same. We’ve got a few songs that sound like a Stones-Ramones hybrid, done in a way that sounds novel to me. I sing like I sing and Matt plays like he plays. And we’re oddballs, so it comes out as distinctly and, I hope, distinctively Liquor Buddies.

Any more songs on their way?

We’ve got about eight recorded from the same primitive sessions that yielded "Free in My Mind." And we have written between twenty and thirty songs. We think they’re all pretty freakin’ good or they don’t get by the Liquor Buddies crap-rock detector.

A buddy of mine once claimed that any band that had a music critic in it (i.e., Yo La Tengo or Patti Smith) was just interminable. How do you use your music criticism to shape the music you play, if you do? Or do Matt and the other guys keep that impulse in check?

To me, playing music and writing about it all breathing the same air. I’ve studied this stuff. I won’t pretend I’m not knowledgeable. But first and foremost I’m a fan. I do everything as a fan. 95% of the reviews I write are positive because for the most part life is too short to waste time on the negative. Matt and I check each other, to be sure. But we’re both overgrown teenagers when it comes to rock 'n’ roll, and it’s more about letting impulses go than checking them. Scott, the bass player, knows me from the Mahoots and knows instinctively how to short circuit my bullshit.

Six month between shows -- is this going to be a rarity, or the way it goes?

Well, we lost a drummer. Michael Fay played with us at the Replay. He’s really terrific and we loved having him in the band. But the little f&*(r moved to Arizona. This is not an easy band to drum for. You need energy, stamina, rock chops and swing. You don’t find that on every street corner. The guy playing with us now, Doug Hitchcock, has been on board for about two months. His playing is different to Mike’s, but he’s an old friend, and he’s very musical, very sharp and understands what we’re doing. So ... we hope to play once a month at least when things get rolling – enough to finance recording and beer.