Q&A with G-Eazy, the recent college grad making waves in the rap world 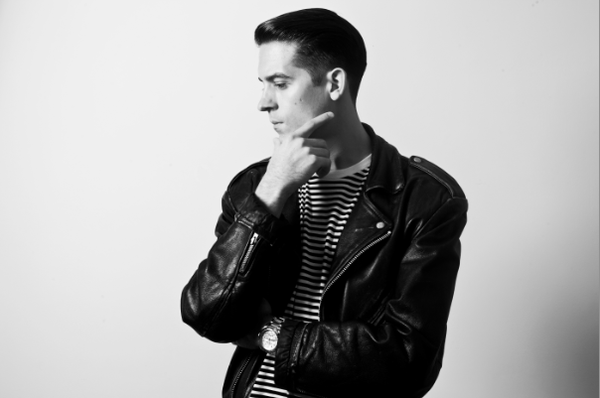 Rapper G-Eazy will be playing the Granada on Sat., Sept. 15. Tickets are $18 in advance and $20 day of the show. Photo courtesy of G-Eazy. by Jessica Sain-Baird

Young and up-and-coming rappers G-Eazy and Hoodie Allen are set to bring their "Excellent Adventure Tour" to the Granada on Sat., Sept. 15, at 8 p.m.

G-Eazy is an Oakland native who balanced school and music while attending Loyola University New Orleans, where he graduated with a bachelor's in music industry studies in 2011. Despite his roots on the West Coast and in the Gulf Coast, "I'm based out of a suitcase," he jokes. G-Eazy just finished the entire Vans Warped Tour, played at South By Southwest and is preparing for the release of his upcoming album, "Must Be Nice", which will be released on Sept. 26.

Before taking off on tour, 24-year-old G-Eazy chatted with me about college, his music process and playing in his hometown.

JS: What’s the inspiration behind your name?

G-Eazy: Well, when I was a kid, I went by my initials, which was G.E. When I started doing music and I needed a name, G.E. just grew into G-Eazy and it was a nickname. It just kind of stuck.

JS: How did being in school influence your music career?

GE: It was totally influential because that's what I was surrounded by day in and day out—teachers, and other kids that were in the same kind of situation I was in, inspiring musicians, entrepreneurs, that were into music and wanted to find a way to get into the music business. It was an inspiring place to be, but at the same time, I've always said college is what you make of it. I came in with a really clear idea of what I wanted to do in music and where I wanted to go—so I was able to pick the brains of my teachers, and ask the right questions and get advice. It was really me figuring out my path and what I wanted to do in music and what I wanted to try to accomplish, and then setting out to do that.

JS: How would you describe the sound of your upcoming album, "Must Be Nice"?

GE: It’s a step forward from my last release, "Endless Summer." The difference being I'm not relying on any samples. It's me writing the music from scratch and building it all myself without starting with a sample. So it’s taking everything I learned from deconstructing these '60s pop songs and remixing them, to taking that influence but building on it and taking it a step further and having it be completely my own thing. Hopefully it's a step forward from that. But as far as subject matter goes, it's a snapshot of where i am in my life now. This whole last year's been pretty crazy. I have a little bit different of a perspective on everything than I did a year ago. So it's just me coping with life getting crazy—balancing touring and big parties with life as a recent college graduate.

G-Eazy - Must Be Nice - Teaser by G-Eazy

JS: I watched the teaser video [for Must Be Nice]—is that pretty true to your process of working on music?

GE: That was literally the exact process. My friend Tyler—she saw my music videos, came over one day and was like, "You just keep working, do your thing, I'm just gonna record and cut this." That's literally it. I wake up and I'm in there all day long working on stuff. And there's a lot of coffee that goes with that. [Laughs]

JS: Do you have some favorite or most memorable shows or moments?

GE: There's tons of them. Sometimes it's like every show I play, as of that day I tell you that's the biggest show I've ever had. It's been an exciting ride.

The first thing that comes to mind is the last time I played a hometown show in Oakland. I sold out The New Parish and it was just a huge, big event. It's one thing to draw kids out in some city you've never been to, but it means so much more to sell out a show in your hometown and get so much support from a city you grew up in.

JS: What's the difference between pursuing music in Oakland and New Orleans?

GE: I always say that if you've got an Internet connection, it doesn't matter so much where you live anymore.

[New Orleans] really has a big live music scene, so there's just a lot going on. And that gave me the opportunity to just start playing shows. It wasn't super hard to book shows and get kids to come out. But I also learned a lot from watching other bands from New Orleans play. My freshman year, living in New Orleans, being close to that stuff—really showed me how to put on a show, and how to work a crowd, and have that kind of stage presence.