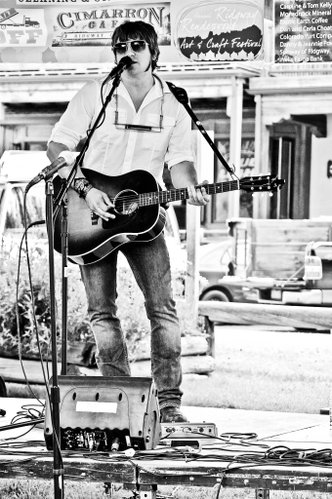 Courtesy of Til Willis by Chance Dibben

“So many delicate fears run through an election year.” So begins the first song on singer-songwriter Til Willis’s new album Land of Sawdust and Spangles. It might seem too keen and appropriate, given that the presidential election only is 45 days away, but that line certainly reflects a frustrating truth about our country’s election cycle.

Willis explains the line as expressing the kind of things people tend to get really focused on during an election year, “out of some kind of in-grained civic duty” that exposes them “to all these suggestive things like all the hope and fear that different parties and ads and crap like that can inspire.” I’ve been thinking about that line every since he told it to me, and as we near election time, it has become all the more resonant. The 32 year-old Willis, who has lived in Lawrence for the last three years, describes Sawdust and Spangles as a “kind of a dark after-hours political album.”

The title is lifted from an article on circuses published in National Geographic way back in 1931 that Willis happened to come across, and his appropriation of the phrase speaks to absurd sideshow of America politics.

“I thought ‘sawdust and spangles’ really sums up a political album, because no matter how far we’ve made changes [or] advances, in the end there’s still sawdust on the ground to hide the fact that we’re waking on uneasy ground that may or may not be sh*t and spangles to distract and attract us in to the show.”

While Willis emphasizes the “after-hours, political vibe” of the album, he did not set out to make a strictly political work. That killer first line, from the song “Uniform,” was something he had written during the last election. He had a few holdover songs that didn’t fit on his previous albums and thought that recording an EP of these remainders might make it easier to work with his new backing band, Erratic Cowboy. But as he says, “we recorded all that…and it just kind of evolved.”

With Matt Otting, of Leavenworth, on drums and Eric Binkley, of Shawnee, on bass, Erratic Cowboy, takes its name after a lyric from one of Willis’ songs. “I already had [the phrase] printed on T-shirts and stuff and so when these guys were ‘well can we have a name?’ I said how about ‘erratic cowboy?’ ‘Oh that sounds pretty f**king cool. Let’s go with that.’” 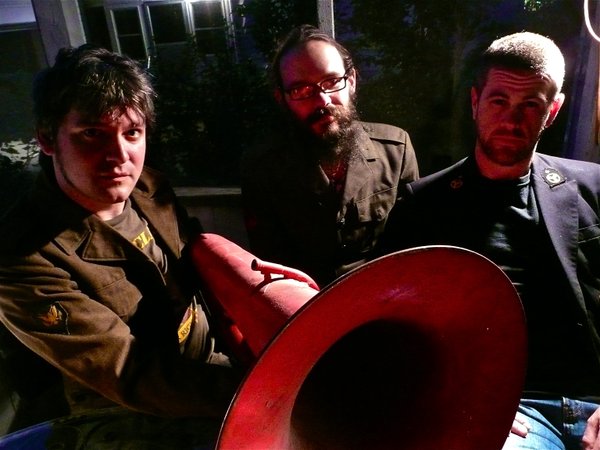 Courtesy of Til Willis by Chance Dibben

In their six months together, the trio has certainly settled into a groove, and it’s more or less a happy accident that album’s content is timely. That is not to say that The Land of Sawdust and Spangles hits you over the head with its political characteristics; the album is more balanced and less obvious than what the adjective “political” connotes when applied to a creative work. Willis explains “it’s more of an introspective political thing…there’s some songs that might even be confused with relationship songs.”

Politics aside, it is clear, at least from the portions of Sawdust and Spangles Willis played for me, that the band really has something together. The album combines the best of Willis’ influences into one loose, funky package. Springsteen, Velvet Underground, Dylan and Dean Wareham, can all be heard throughout and Willis’ wide range of vocal styles is a stark contrast to his genial conversation voice.

And amazingly, for an album that was recorded in Willis’ living room, Sawdust and Spangles sounds full-fledged and dynamic, with psychedelic and noisy flourishes that give it a compelling and huge-sounding atmosphere, while retaining the intimacy of three dudes drinking and making music. Willis says that a lot of work went into the album and that this is the first record in a while that he’s completely engineered himself.

“The danger with that is a lot of times that leaves you open to people saying ‘oh yeah well I can tell it’s a home-done job.” Aside from certain (great) details like Willis’ wife Stephanie laughing at the end of one track or a small THUNK on another where the couple’s cat knocked down a mic stand—you would never have sense that this was a “home job,” and these details only enhance the record’s loose after-hours vibe.

Willis says he has two more albums in the pipeline. Here’s hoping they are just as serendipitous.

Til Willis and Erratic Cowboy play with My Jerusalem the Jackpot at 9 p.m. Friday. The Land of Sawdust and Spangles will be self-released on Oct. 2.