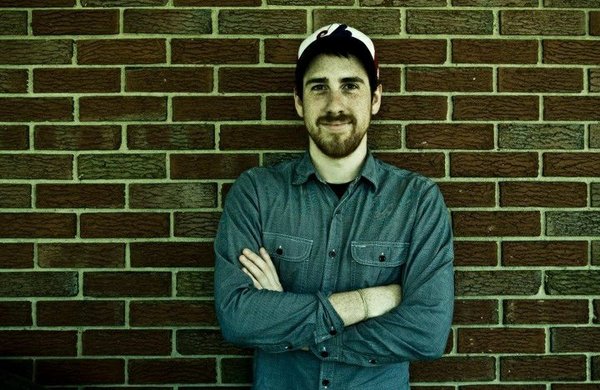 Vinyl maybe experiencing a resurgence in popularity, but it is still up to audiophiles, graphic designers, boutique labels, collectors, and appreciators of the art form to keep it alive through cult care. One such caretaker, Craig Boliver, 24, a Pittsburgh, Penn. transplant, has run the small label I Am Shark in Lawrence for the past two years. With a wealth of experience in the music industry that belies his youth — he worked for Jim Recor’s Clear Entertainment, which was purchased by David Letterman’s Worldwide Pants; has served as manager and distributor for several bands, including emo punk heroes Hawthorne Heights — Boliver has put out a small roster of bands' music from groups across the country.

But the hard-working and restless individual always seems to have his eyes set on the next big thing. Right now, Boliver is focused on establishing I Am Shark as the independent label for film, television and video game soundtracks, a pocket of the music industry that seems to be under the radar, even with the vinyl’s growing sales. Improbably, Boliver’s first project is about as big as it gets for film soundtrack releases and reissues: I Am Shark will be reissuing the soundtrack to "Star Wars Episode 1: The Phantom Menace". The limited edition run will feature different colors that correspond to specific characters from the films, and is the first in the prequel trilogy to get the vinyl reissue treatment (with Episodes II and III on the way, and talks of the original trilogy).

“I’m going to have my logo on something that’s Star Wars. That was a dream come true,” says Boliver, a lifelong Star Wars fan. Read more from my interview with Boliver below. 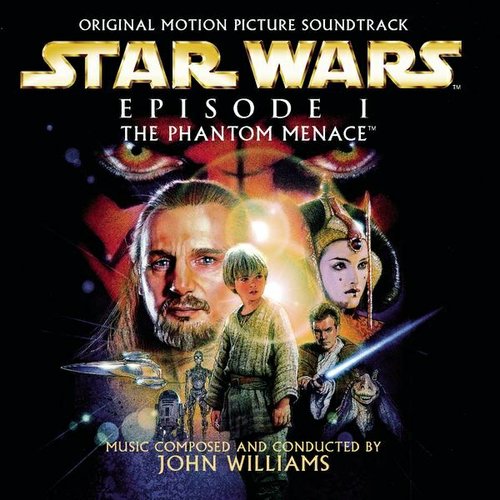 On how he got the idea for this: “I needed something refreshing. I’m surrounded by bands and everyone around me is in a band, every weekend there’s a band coming in on tour. So I was like, let’s do movies. I love soundtracks. I’ve been listening to a lot of post-rock stuff lately — Explosions in the Sky, Mogwai, Sigur Rós — I think that triggered, 'Oh I really like score compositions a lot.' I can listen to that and get a lot of work done at home and not really know about it, and if I want to I can sit down and just listen to that and be captivated.

I went through my DVD collection and my LP collection all at the same time and said, 'I have this. Why don’t I have this? So I would get on my computer to see if that [soundtrack] was available on vinyl. Star Wars was not. I don’t know why. They did release a very small run for 'The Phantom Menace'. It was on picture disc and it was bad quality. After you play a picture disc three times, it’s done. It gets all just scratched.” 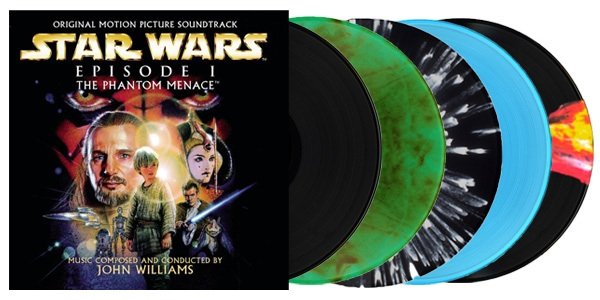 On the importance of doing vinyl right: “I do a lot of publishing work too, as far as getting bands' songs into TV and film. So that made a nice connection as far as, 'oh, I need you guys to my songs in your movie? I want to put your movies out on records and you’re gonna like it.' It’s that give and take relationship that I wanted to create as well. Not only am I going to give you songs, I’ll put out your [soundtracks] too. People now, with the vinyl resurgence, everyone wants to do it, but no one wants to take responsibility into putting that much money into an initial project. Or take the time to do it well. I think now since there are so many LPs coming out no one's really taking the time to sit down and say these colors make sense with the artwork and the film, we need to make really creative packaging, maybe all of the sides fold in. You can do anything.”

How it came together: [This] was the first [soundtrack]. That was really the first film, which is super surprising. I hit up — I think I did go straight to Sony Classical, who I’m working with on this release, because they released the CD versions and just never got a ‘no.’ This has been a year-long process — I think up to about now it’s been a year — and, yeah, I just never a heard a no. It was like, 'OK, I’ll give you some more information on what I want to do. OK, send this over.' Then it was at the point where [they] said you can announce this. Really? I got it? That was great.”

On the Star Wars prequels’ maybe, less than stellar reputation and connecting with Star Wars fans: “I know that people hate The Phantom Menace—they hate a lot of the prequels, but the music’s great. I feel like that’s sort of the catching point: a lot of the fans [could] say I listened to soundtrack, alright I don’t hate [the film] as much as I thought I did. I can stand Jar Jar Binks if he just shuts up."

On future projects: “Some reissues and new films that are coming out. I can’t really say anything yet. There are a lot of things I can’t say. I have plans for a lot things. Like I want to do 'Jaws' on Shark Week. Shark Week and it’s sold on that week only. A lot of weird movies. I love the Wes Anderson films. None of those are out and I would love to do them. Especially those soundtracks — they are meant for vinyl. ... I don’t have anything for the future yet. Star Wars is the big thing.”

On his ambitions for I Am Shark: “I want to be the independent face for movies, music, TV scores, comedy — I love comedy records — video games too…I think my parents' record collection had a big impact on me. I would go through all the blues stuff, all the Motown, the comedy records… That’s all I want to do, is be that guy that puts records into people’s hands.”

You can pre-order the limited 2xLP reissue of the "Star Wars Episode I: The Phantom Menace" soundtrack here: