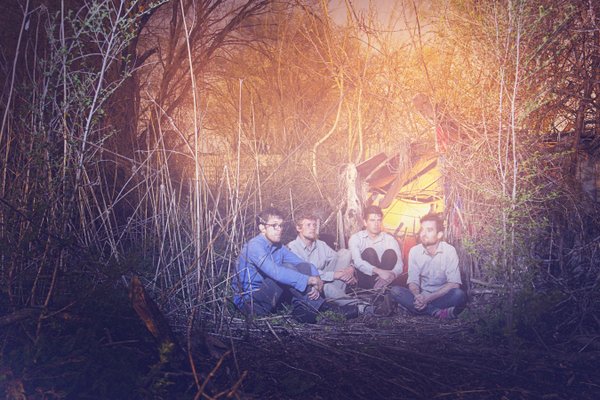 It may be disheartening for some fans to learn from a recent article in The Pitch that Lawrence band Hospital Ships are planning a move to indie-music mecca Austin, Texas, later in the year.

“I'm still too close to Lawrence,” says Hospital Ships main creative force Jordan Geiger in an email, as the band charts through an intense East Coast tour. “Lawrence made me what I am today, and I will leave with an undying love for the city and the music scene in particular. I leave forever grateful for all the help, love and friendship I've gotten in Lawrence."

“I'll probably be back soon,” he adds.

Throughout the last decade, Geiger has done tours of duty in renowned Lawrence-based groups like Minus Story and The Appleseed Cast. Having toured and traveled hard, Geiger has seemingly captured a wealth of experience and musical knowledge from his friends and collaborators.

This at least shows with Hospital Ships, Geiger’s main focus for last few years. The project has blossomed from winsome bedroom pop into a full-fledged rock act, with a current lineup featuring bassist Nate Dixey, guitarist Taylor Holenbeck and drummer Nathan Wilder, the latter two of The Appleseed Cast. The band has impressed concertgoers with its earnest and florid performances.

“It is the project that is the closest to my heart, and I’m really lucky to be playing with these three other people,” Geiger says. 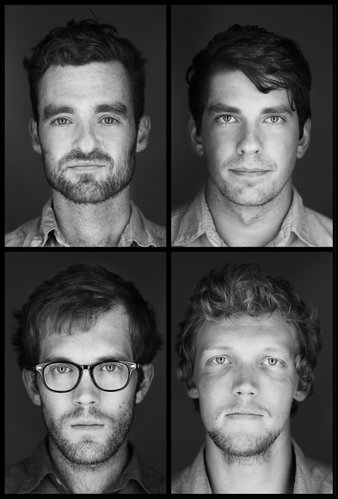 As Hospital Ships have evolved, the band has only become more ambitious and colorful. Geiger’s first album with Hospital Ships, 2008’s "Oh, Romona," was mostly an inward, solo psych-folk affair. In 2011, aided by a smattering of collaborators and recorded in multiple states, Geiger released "Lonely Twin," garnering positive attention from many music outlets such as Stereogum and NPR (the group even did a Tiny Desk Concert).

"Lonely Twin" showcased Geiger’s omnivorous digest of musical influences, and articulated his and his cohorts’ kaleidoscopic vision of alternative pop music. Geiger describes that record “almost like the greatest hits of a little-known band that had gone through a number of phases and then faded into obscurity.”

With "Destruction in Yr Soul," Hospital Ships’ bracing third record, released earlier this month on Graveface Records, the band develops an altogether tighter synthesis of its vast range of sounds and noises. It likewise has received critical attention, with tracks like “If It Speaks” and opener “Come Back To Life” bouncing through major outlets like Pitchfork and NPR’s All Songs Considered. And of course there’s that eye-catching, visceral, and slightly NSFW video for late-album track “Servants.” 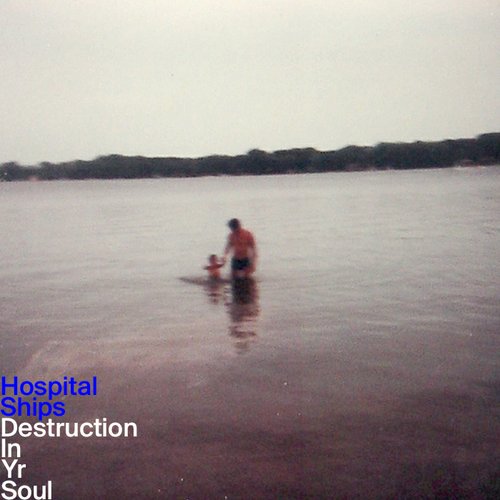 Destruction in Yr Soul by Hospital Ships by Chance Dibben

In comparison to "Lonely Twin," Geiger describes the new LP as “more like the weird record that [the] band made right before going to rehab and discovering Jesus, but then never got released until years later.”

“Strange influences and superstitions” he says.

As with its predecessor, "Destruction in Yr Soul" balances dark murmurs and melancholy with a resolutely moving, forward-charged energy. “This record could have been [way] more apocalyptic,” Geiger says. “The three songs we left off the record… are probably the darkest things we've done.”
There is an ineffable spectral aura to this collection of amped-up and feedback-dusted songs (some of those superstitions Geiger mentioned perhaps) and the album demonstrates the group’s growing mastery of turning introspection into universal epics.

Geiger explains that some of the tracks date back a few years, when he was living in Columbus, Ohio, “listening to a lot of preachers on the radio there.” Despite imagery and lyrics that could register as spiritual throughout the album, Geiger indicates he is not spiritual. “Yet I think a lot about my place in the universe, and I hope the music reflects some of that,” he says.

He adds that while "Lonely Twin" was much more deliberate, "Destruction in Yr Soul" was more intuitive, even as the eight tracks on the album expand and explode to stadium-level grandeur. It develops big moments and huge feelings, thematically and musically, without losing the band’s sensitive indie-rock touch.

“I don't ever think about what I write in terms of being big ideas, only things that relate to me and my friends in an immense world,” Geiger explains. “That's always been the lure of rock music for me, jumping into a big thing that's bigger than the sum of its parts.”

Geiger also feels that "Destruction in Yr Soul" showcases every member’s personality. He singles out “If It Speaks” as good example of this.

“That song was originally a folk song, but we mutated it into the Can meets Sunny Day Real Estate thing it is now by playing it over and over together in practice. [Nate] Dixey does a lot of crazy effects with his bass on that song that you really have to see him live to believe.”

Elaborating on working with his current band members, Geiger indicates that the goal is to always stay inspired and work toward making music that translates for the listener. The group is largely successful at this because the bandmates are all very close. “I think they usually grasp what I'm going for or what inspired certain songs, so it's a very natural process,” he says.

What’s currently inspiring Geiger now is the chance to write more songs, feeding off the noise he and his band members are making together on stage. With a big move, a big album, an EP of studio remainders forthcoming later in the year (those darker tracks Geiger mentioned), Hospital Ships continue to grow outside of itself.

“I would love to be a monk and brew beer and think about the universe someday,” Geiger says. “But for now, this is what I do.”

Hospital Ships will play along with fellow local band Fourth of July at 10 p.m. Thursday at the Replay Lounge, 946 Massachusetts St.