This is the first article in a series looking back at past winners of KJHK Farmer’s Ball, retelling the artists’ memories of winning and their musical endeavors since. This year’s Farmer’s Ball will take place April 20 and 27 at the Bottleneck.

It was 2007, and Stik Figa had moved back to Topeka, his childhood hometown, after spending some time in Memphis, Tenn. He had been making music in pursuit of a career for a couple of years. “I just wanted to be the best rapper,” Stik says, “especially in a live setting.”

In November of that year, he competed in KJHK’s annual battle of the bands, Farmer’s Ball, which has been held since 1994. Audience and panelist votes decide a winner, and the prizes, over the years, have ranged from studio time to professional photo sessions to cash. 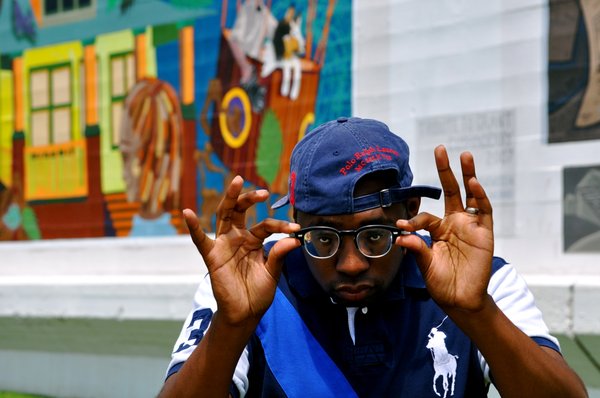 Stik Figa, preparing to perform in the first round at the Jackpot, was nervous. “I was a rapper up against a lot of talented bands,” he says, “and remember being very worried I was gonna get booed by those fans of indie rock and other genres that come across better live.”

“‘This is why [rappers aren’t] real musicians!’ That’s what I was afraid of,” he says.

Off the cuff, he started performing a cappella. Audience members told him after his set that he had ingenuity. “That’s a cool word for it,” he says. “I thought I messed up really badly, but I’ll take ‘ingenuity.’” He went on to win that weekend, which he says encouraged him to continue pursuing a serious music career.

Taking advantage of one of the competition’s prizes that year — studio time at Black Lodge Recording Studio — he recorded his album As Himself, which was recently released internationally by Mello Music Group.

“Had I not won Farmer’s Ball, I don't think I would have had the confidence to keep going in this direction,” he says. “Winning Farmer’s Ball meant everything to me.”

Stik Figa says he’s working on a handful of projects, but wants to keep a little “surprise” with the details. In the meantime, you can see him perform at the Middle of the Map Fest in Kansas City, Mo., on April 6.