The sisters behind Americana soul band Maria the Mexican

Cuevas sisters Tess, 28, and Maria, 25, have always been surrounded by music. Growing up in Topeka, they frequently performed with their grandmother, Maria Teresa Alonzo Cuevas, a musical icon who founded Mariachi Estrella de Topeka, the first all-female mariachi band in Kansas. 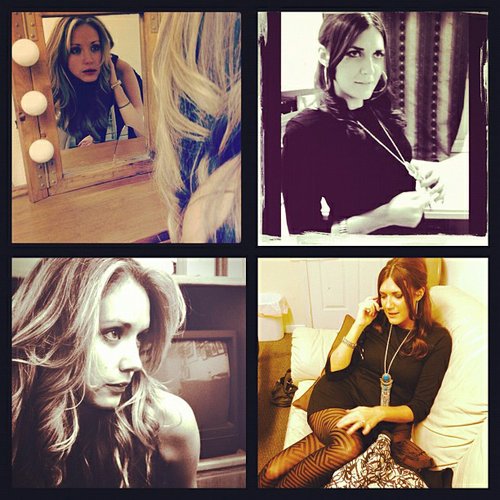 Maria the Mexican is led by Maria (left) and Tess (right) Cuevas. Influenced by traditional mariachi music, the band will perform at Love Garden on Friday, Oct. 25. by Jessica Sain-Baird

Playing as a duo for about five years now — Tess plays violin and Maria plays guitar; both also sing — they added on bandmates D. Garrett Nordstrom and Jason Riley about two years ago to create Maria the Mexican. Now the band is ready to release its first album, Moon Colored Jade, and perform at Love Garden this Friday.

JS: What was it like growing up with such revolutionary music in your life?

TC: When we were born, it was just a plan for us to play music because of our grandmother. It wasn’t necessarily a choice at the beginning, because we both started when we were very young. I think I started when I was around 6 and Maria around the same age. To us, it was just natural. It was what we always did. That was how it was going to be; we didn’t really have a choice in it. If anything, as we got a little older and wanted to spend time with our friends, we were still so involved with music. We had gigs every weekend.

JS: When you grew up, were you playing with your grandmother and her mariachi band?

MC: We both started in our grandmother’s mariachi band when we were 11. We were with her for about 10 years. Right in middle school and high school was the height of the band. We were very busy. We played probably three to four shows a month. It was practice every week. We knew what we were doing, but as we got older we started appreciating it more because we became aware of that connection we were connecting with our grandmother and our cultural heritage, our Mexican roots. Now we’re really happy about it, but at the time sometimes we struggled with our high school friend commitments. 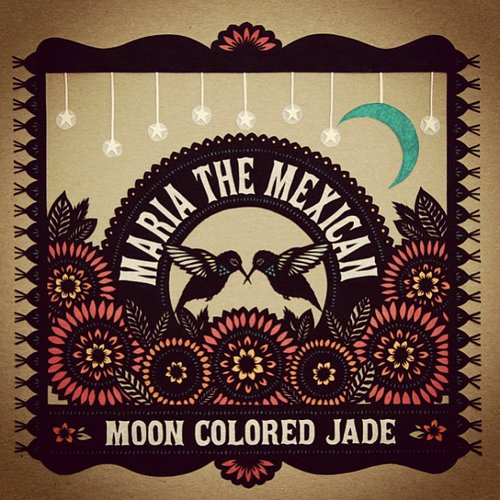 The cover art of Maria the Mexican's first album was designed by Lawrence artist Angie Pickman. Her art will be on display during the band's performance at Love Garden on Friday, Oct. 25. by Jessica Sain-Baird

JS: How would you describe your album?

MC: When we first started out, it took us a while to find the right words to describe our sound. What we’ve agreed upon now is Americana soul/Mexicana blues. When you hear it, there’s two traditional mariachi songs on the album. It was important for Tess and I to establish that Mariachi sound as our foundation. But when we started collaborating with these artists, there were so many sounds and influences coming in. When we hooked up with Garrett, he brought a lot of blues, funky groovy stuff, and our lead guitarist Jason is so talented and really charted out a lot of string sections and guitar parts. It’s a hybrid of traditional music with contemporary sounds. We wanted to keep our mariachi roots but really make it more relevant for today’s music.

JS: Is your grandmother still alive?

JS: Does she come to your shows? What does she think of your music?

TC: She hasn’t been to the last few, just for health reasons, but she’s been to a lot of our shows. If it was her choice, she would come to every single one. But last summer, we opened up at Knuckleheads in Kansas City for Los Lobos. And that was a big deal for us. We were honored to play with them and we knew there were going to be a lot of people there and it was going to be a big show. And so we made sure she was there and it was hilarious. She was awesome. She loved hearing the music. She was a total rock star that night. She really, really enjoyed that. Especially after that show, she wanted to go to every show we had, and sometimes our shows aren’t until 9 or 10 at night, and we’re like, “Grandma, maybe that’s not such a good idea!”

MC: Los Lobos wanted to meet her, and I can’t remember how they knew the story about her, they may have just been told or we had told them at the time. But we went back to meet them after the show, and they said, “We want to meet your grandma as well.” She ended up being more of the celebrity. She was just so happy. We performed “El Cascabel” and she had this big smile on her face because we started performing that song when we were 11 years old with her. To hear it the way we do it now, I think made her so happy. One of my friends was with her and I guess she was like, “That music is really hard!” And, you know, telling everybody — because there’s a lot of violin in that song — she was really proud of Tess at that moment and wanted everybody to know that music she was playing wasn’t easy.