Off the Beaten Plate: Betta' Pizza Burger at The Sandwich Bowl 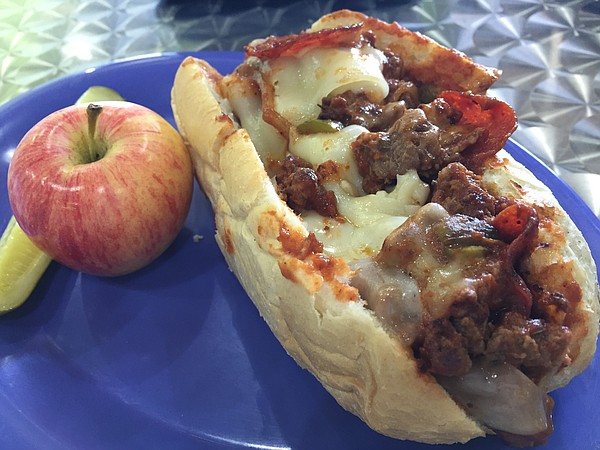 Burger enthusiasts, be warned: If you’re considering ordering the Betta’ Pizza Burger at the Sandwich Bowl, there’s something you should know.

This culinary mash-up isn’t really the patty-on-a-bun burger. Instead, it’s more along the lines of the meatball marinara sub from Subway, albeit fresher tasting and generally less sad.

At Sandwich Bowl, all the traditional components of a pizza — plus a half pound of ground beef, broken into bite-sized morsels — are loaded onto a hoagie bun that’s crispy on the outside and soft on the inside. (See, I’m already making up for that unfortunate Subway comparison.)

In this case, that entails marinara sauce, pepperoni, green bell pepper, onion, oregano, and both provolone and mozzarella cheeses, which cover the meat-and-veggie mixture in a ooey-gooey, still-bubbling blanket of goodness.

Where to get it: The Sandwich Bowl, 3514 Clinton Parkway, Suite E

Try it with: Since this thing is so heavy (did I mention there's half pound of ground beef in here, plus pepperoni?), you might want to go with an apple or carrots as your side. Or upgrade to a side salad for 50 cents.

Also on the menu: Plenty more hearty sandwich and burger creations, from the Flaming Pig, Fire in da Hole and Chatburn (notice a trend here?) to classics like the Reuben and French dip. Plus, a few salads and soups.