On the docket for this month's Final Friday: Day of the Dead celebrations, solar-powered flutes and "eye candy a go-go," among other happenings.

And a little Halloween fun, too. All events, unless otherwise noted, run from 5 to 9 p.m.

“A Series of Fortunate Events”

This star-studded show titled “A Series of Fortunate Events” (a nod to the Lemony Snicket series, perhaps?) features the work of several prominent local artists.

Stan Herd, the “crop artist” and painter whose work has often been called “living sculpture,” is the headliner (Herd's been featured on "CBS Sunday Morning," "Dateline NBC," "Good Morning America" or CNN News, among other programs) but he’s got some good company in this show — John Sebelius, Jo Renfro, Bill Kutilek and Lori Norwood, to name a few.

It's also likely Herd's last exhibit before heading to Brazil, where the artist plans on creating a 3-acre piece of Earthwork in Sao Paulo in anticipation of the 2016 Olympic Summer Games.

Using the plants, rocks, mulch and soil that have become his signature mediums over the last four decades, Herd aims to produce a permanent work in partnership with environment regeneration project Green My Favela and James Lloyd of the Sao Paulo-based Sweet Films that will also double as a sustainable community garden for residents of the surrounding urban slum, or favela.

If realized, the design, entitled "Young Woman of Brazil" would be seen by more than a million people per year in its location near the runway of Sao Paulo's Guarulhos Airport.

To make it happen, Herd is seeking funding partners through an Indiegogo campaign, which as of Friday has less than two weeks left.

Herd is set to share more details on the project at the Final Friday event. You can also check out his website or Indiegogo campaign to learn more.

Costumes are recommended (but not required) at the Lawrence Community Photo Studio’s first-ever Halloween Party.

Dress up and have your picture taken (that’s where the costume comes in) and/or check out the studio’s new exhibit of local photographers. Festivities run from 6 to 10 p.m., and yes, there will be refreshments. 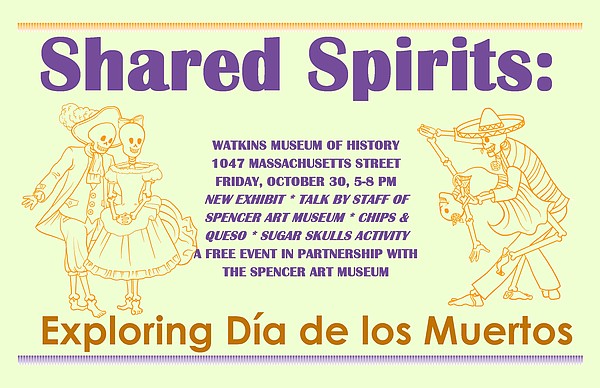 Celebrate the Day of the Dead (the Mexican holiday begins Saturday and ends Monday) with a “Shared Spirits: Exploring Dias de los Muertos” event from 5 to 8 p.m. at the Watkins Museum of History.

Presented in conjunction with the Spencer Museum of Art’s At Large programming, this joint exhibition traces the origins of the two museums’ Day of the Dead artifacts, their cultural significance and how the pieces have been shared with the Lawrence community.

Friday’s event will include a talk by Spencer staffers, chips and queso from the Salty Iguana and a chance for visitors to decorate their own sugar skulls. 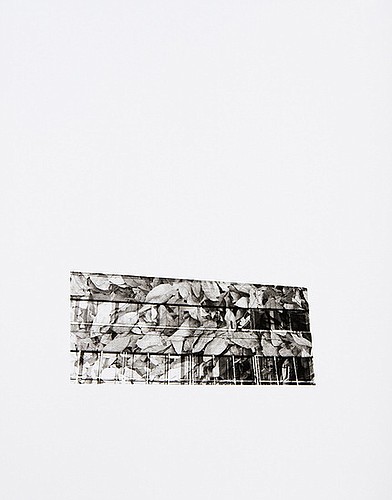 In “NATURE/FORM,” Kansas native Rebecca Dreyfus pairs photography negatives of “textures found in nature” with images of skyscrapers, creating double exposures in the darkroom to illustrate the struggle between wildlife and industrialization.

Friday’s event, slated for 6 to 9 p.m., will also feature live music from Kansas City trio SOLLUS. Apparently, this quirky outfit employs solar-powered flutes (sollusflutes) “as a means to emphasize the universal language of waveforms through long-tone compositions based on the orbital patterns of our solar system.” Heavy stuff, man.

“Trip the light fantastic upstairs into a magical space that is just as interesting as what the artists are showing,” reads the description of this whimsical art happening.

The exhibition and sale promises plenty of “eye candy a go-go” from local artists Traci Bunkers (of Bonkers Handmade Originals) and Uncle Andy.

The pieces juxtapose explorations of numerology and sacred geometry with personal history and social criticism. Using the circle as a template and symmetry as a guide (but not a rule), Ridgway presents these divergent themes as a single body of work representing harmony in balance.