After announcing on Twitter Thursday night that she planned to cancel Kansas performances in support of LGBTQ rights — and in protest of state lawmakers' efforts to limit them — Free State Festival headliner Maria Bamford has apparently decided to reverse course and use her Lawrence gig as a "fundraiser for local LGBTQ."

The comedian, whose Netflix series “Lady Dynamite” premieres in May, originally tweeted that she would cancel performances in Kansas, North Carolina and "any other state not allowing access to lgbtq." 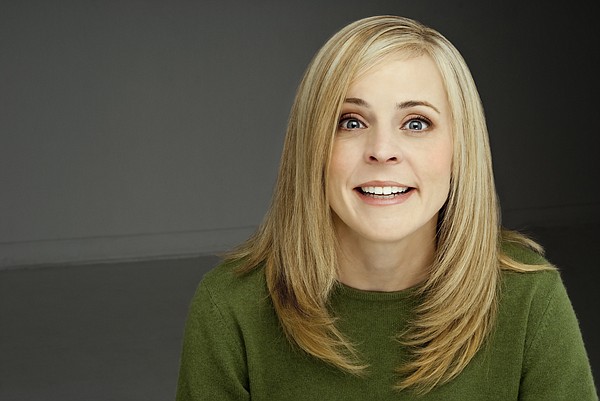 The Kansas House and Senate last month introduced legislation that would require transgender students at Kansas public schools and universities to use restrooms, showers and locker rooms designated for the gender listed on their birth certificates. North Carolina recently passed a similar law.

Now canceling NC and Kansas and any other state not allowing access to lgbtq. #lgbtqrightsnow loveandsupport 🇺🇸

Interneters! New plan: NC/KS back on, but will be fundraiser events for local LGBTQ! Tweet at me your fav local nonprofit so I can connect!

"I think it's really worked out for the best for everyone involved. We're thrilled," Bishop said, adding, "It's been an exciting 24 hours."

Details of the fundraiser, including whom it will benefit ("presumably an LGBTQ rights advocacy organization," Bishop said) and how it will work are yet to be determined, but Bamford's standup, short film screening and Q&A remain scheduled for June 20 at Liberty Hall as planned, Bishop confirmed.

Earlier Friday, Bishop issued a statement via email expressing the festival's support for the LGBTQ community:

"We strongly feel that her appearance in Kansas has the potential to build support for the LGBTQ community and to draw attention to LGBTQ civil rights issues throughout the state," Bishop said of the comedian. "We are committed to the Free State Festival as a means of celebrating Kansas’ history as a progressive, free state that honors and embraces all individuals regardless of gender, race, sexuality, class or creed."

I've reached out to Bamford's team for comment and will keep you in the loop if we learn anything new.

Yay! Bamfooco, Inc. will be donating chunk of proceeds NC & KS shows to @equalitync in NC & @Equality_House KS! Thank you for waking me up!