Monday brings the arrival of this year's Free State Festival and its fully stocked lineup of music, art, film and ideas. Among the many attractions: "Lady Dynamite" star Maria Bamford (you can read our interview with her here), Radiolab co-founder Jad Abumrad, film screenings galore and a solo acoustic show from Grammy winner (and birthday boy!) Kris Kristofferson.

We've rounded up a few of the many noteworthy Free State Fest happenings here, but you can always peruse the full schedule at www.freestatefestival.org. 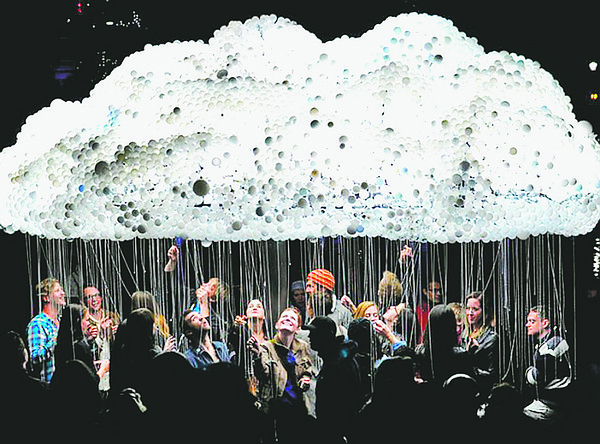 It’s interactive, too: Viewers work together as a collective to animate “lightning” on the surface of the sculpture in “impromptu collaborations,” turning the entire cloud on and off.

The artists will be on hand to discuss their work during a free INSIGHT Art Talk from 7:30 to 9 p.m. Monday at the Lawrence Arts Center’s black box theater. The exhibition itself opens at the end of the talk and will remain at the Arts Center through June 25. 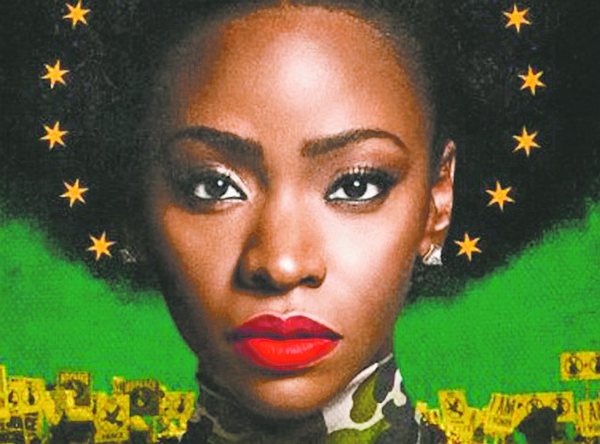 If you missed last year’s critically acclaimed musical satire about gun violence in Chicago, here’s your chance to see it on the big screen.

Directed by two-time Oscar nominee Spike Lee and co-written by Lawrence's own Kevin Willmott (the filmmaker is also an associate professor of film and media studies at Kansas University), “Chi-Raq” is a modern adaptation of the ancient Greek play “Lysistrata,” in which the women of Greece hold a sex strike in the hopes of ending the Peloponnesian War.

Tuesday’s screening, slated for 8 to 10:30 p.m., will also include the short film “Juvenile Justice: The Road to Reform.” Tickets are $8.

An Evening with Kris Kristofferson 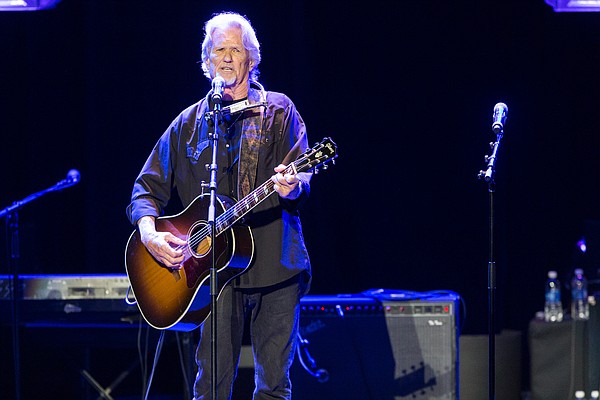 Singer Kris Kristofferson performs on stage during the 16th Annual GRAMMY Foundation Legacy Concert "A Song Is Born," on Thursday, Jan. 23, 2014 in Los Angeles. (Photo by Paul a. Hebert/Invision/AP)

The Grammy-winning country singer-songwriter rings in his 80th birthday Wednesday from 8:30 to 10:30 p.m. in a sold-out solo acoustic show at Liberty Hall.

Miss out on tickets? Catch “Uncle Howard,” Aaron Brookner’s tribute to his late uncle (director Howard Brookner’s body of work, buried for 30 years in the bunker belonging to Beat Generation icon and one-time Lawrencian William S. Burroughs, finally gets its due), at 6 p.m. Wednesday at the Lawrence Arts Center main stage. Tickets are $8.

A Journal-World-adjacent activity kicks off the docket Thursday: “Telling Stories that Matter: Journalism in the New Media World” from 7:30 to 8:45 p.m. at the Cider Gallery.

Featuring Roy Wenzl of the Wichita Eagle, Jeremy Schwartz of the Austin American-Statesman, Kate Mather of the Los Angeles Times and the Journal-World’s own Karen Dillon, this panel “takes on hard questions to prophesy what investigate reporters and their readers have in store” in today’s (and tomorrow’s, perhaps) media landscape of “sound bites, social media and free online news sites with less-than-stellar reporting credentials.” Journal-World managing editor Chad Lawhorn moderates. 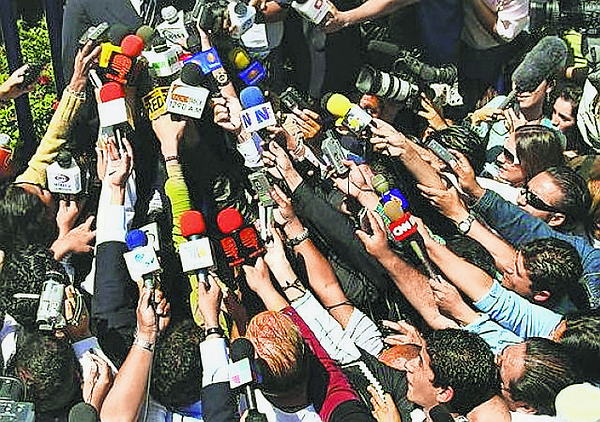 "Telling Stories that Matter: Journalism in the New Media World"

Next up: Patricia Lockwood, the poet who the New York Times Magazine once dubbed “The Smutty-Metaphor Queen of Lawrence, Kansas,” gives her hometown a sneak peek of her new memoir, "Priestdaddy," from 7 to 8 p.m. in the Lawrence Arts Center’s large gallery. The reading will be followed by an audience Q&A and book signing, with copies of Lockwood’s latest poetry collection being sold by the Raven Book Store. 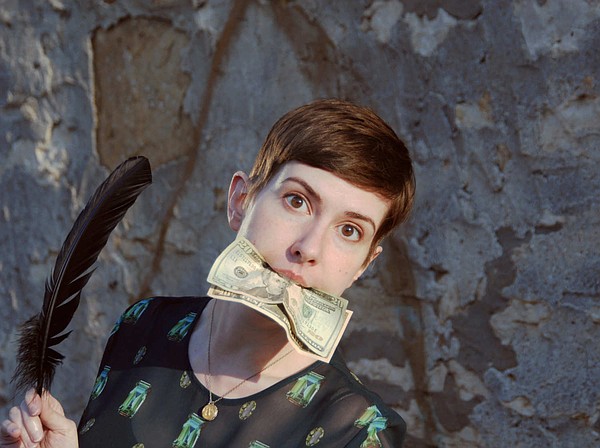 Outdoor Music: The Americans and more! 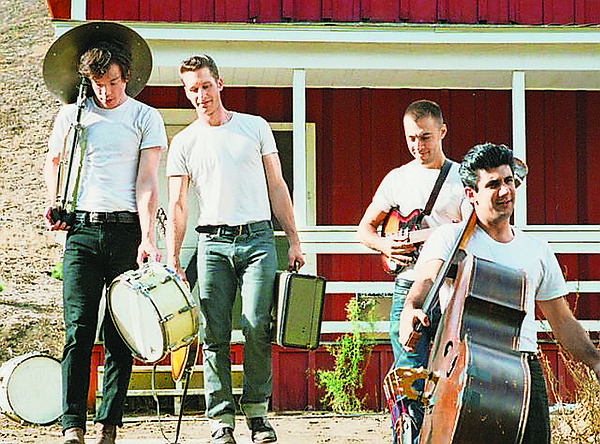 LA-based rock-and-rollers The Americans (claims to fame include gigs on the “Late Show with David Letterman” and the first dance at Reese Witherspoon’s wedding) headline an evening of free live music from 5 to 11 p.m. outside the Lawrence Arts Center.

Saturday promises two festival headliners amid an already-packed schedule. First up (in an anachronistic sort of way) is Radiolab co-founder and MacArthur Genius Award recipient Jad Abumrad, presenting his multi-media talk, “Gut Churn” at Liberty Hall. Slated for 7 to 8:30 p.m., this “engaging” presentation delves into the anxieties of the creative process, and will be followed by a Q&A. Tickets cost $25. 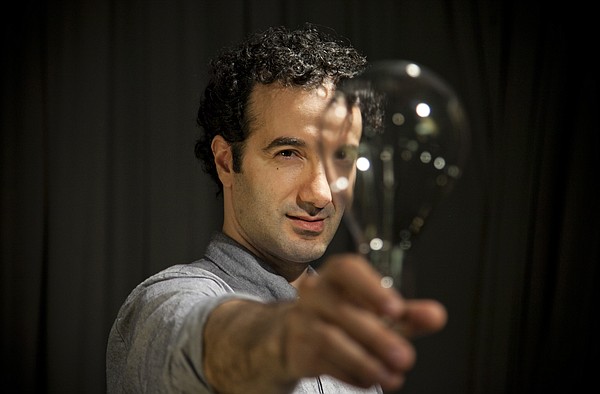 Elsewhere in downtown Lawrence, hip-hop pioneers Public Enemy (featuring Chuck D and Flavor Flav) will perform a free concert on the Lawrence Arts Center’s outdoor stage from 6:30 to 11 p.m. Gates open at 6:30 p.m., and if last year’s free George Clinton and Parliament Funkadelic concert is any indication, the crowd will be packed. 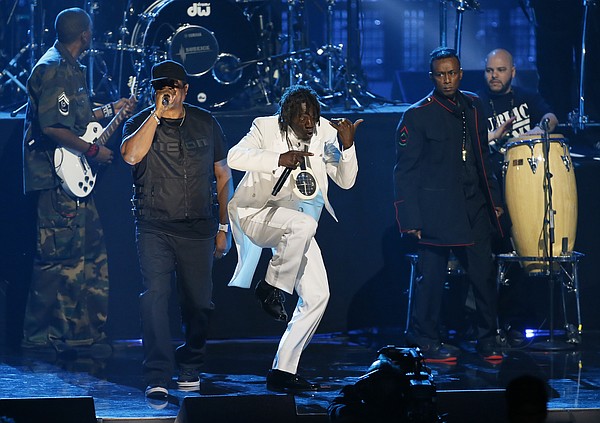 Chuck D, left, Flavor Flav, center, and Professor Griff, right, of Public Enemy perform during their induction at the Rock and Roll Hall of Fame Induction Ceremony at the Nokia Theatre on Thursday, April 18, 2013 in Los Angeles. (Photo by Danny Moloshok/Invision/AP)