The Lawrence Arts Center is going to the dogs this weekend — and chickens and lions and kangaroos and donkeys.

Actually, we’re not so sure about the dogs, but the Arts Center’s productions of “La Fille Mal Gardee” and “Carnival of the Animals,” premiering as a double feature Friday at 7 p.m., will indeed feature plenty of kids in costume as cuddly critters. Also adding to the cuteness: a real, live miniature horse.

“It’s a first for the Arts Center,” says “La Fille Mal Gardee” director Paige Comparato, who as of Wednesday hadn’t yet seen the horse’s performance chops on stage. “I think the kids are really excited.” 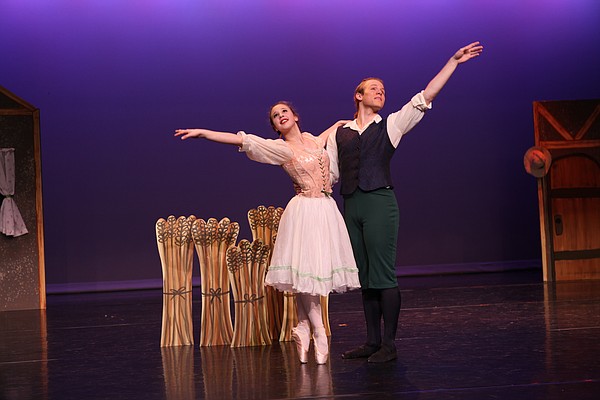 Young dancers rehearse a scene from "La Fille Mal Gardee" Thursday, March 11, at the Lawrence Arts Center, 940 New Hampshire St. The classical comedy ballet will be performed Friday and Saturday at the Arts Center as part of a double feature with "Carnival of the Animals."

Young dancers (mostly from the Arts Center’s School of Dance) ranging in age from kindergarten to high school make up the casts in both productions. Comparato’s abridged version (co-directed by Emma Davison) of Frederick Ashton’s take on the classical comedic ballet of young love in the French countryside follows Lawrence Arts Center dance artist-in-residence Eleanor Goudie-Averill’s reimagining of Camille Saint-Saëns’ famous musical suite “Carnival of the Animals” as a modern dance production.

Even those unfamiliar with Saint-Saëns’ repertoire will likely recognize movements such as “The Aquarium” and “The Swan” from his 1886 classic, says Goudie-Averill.

In the Arts Center’s staging, co-choreographed by Donna Jo Harkrider and Monika Ivy, furry and feathered creatures are called to King Lion’s Court for a chance via competition to rule the kingdom for a day. Much to the king’s dismay, his rowdy subjects (they’re animals, after all) run amok.

One of Goudie-Averill’s favorite moments is a rare bit of serenity in the cuckoo’s solo, scored by Saint-Saëns’ haunting ninth movement, “The Cuckoo in the Depths of the Woods.”

“It’s just this beautiful moment of calm within a production that is fun and chaotic in other parts,” she says. 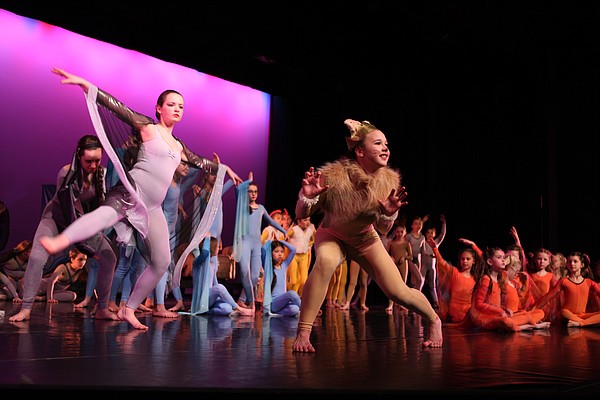