'Extract' is watered down 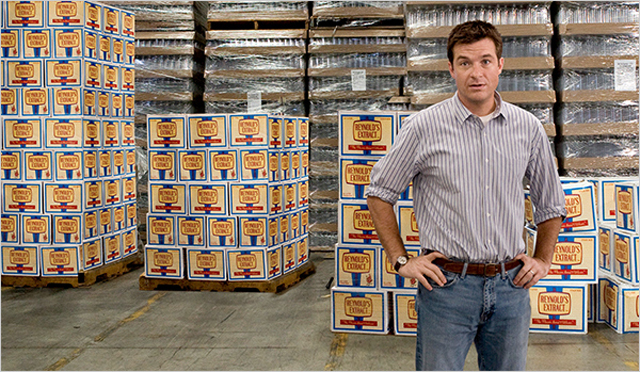 Mike Judge returns to the everyday workplace as the setting for his new comedy “Extract,” but it’s hard not to wish for a more spirited take à la his 1999 cult hit “Office Space.”

Even the broad comedy in “Extract” seems oddly muted—especially that of Ben Affleck, playing a stoner bartender named Dean who gives the absolute worst advice on the planet to his buddy, factory owner Joel (a bewildered Jason Bateman).

But then this movie really isn’t about the wacky goings-on and frustrations of the workers at an extract-flavoring plant. Sure, there are moments of terrible incompetence on the part of his employees, but “Extract” is really about Joel’s midlife crisis.

The physical representation of this is when a worker (Clifton Collins, Jr.) loses a testicle in a factory-floor accident. It sounds sufficiently off-color, but for much of the movie, it seems that Judge is a little embarrassed by his script, which he shouldn’t be. His direction of the movie, however, doesn’t match the absurdity of the situations Joel finds himself in.

It’s too bad really, because in Joel, the writer/director has created a character worth remembering. If there’s one person in the film to get excited about, it’s Bateman. The actor, usually relegated to supporting roles, brings out the innate goodness of Joel—a boss who treats everyone fairly and knows his employees by name.

His levelheadedness is put to the test as he deals with a worker uprising, a frigid wife (a criminally underused Kristen Wiig), a con artist (Mila Kunis), and an ambulance-chasing TV lawyer (Gene Simmons). A perfect example of the sloppiness of Judge’s direction comes in a scene with Simmons, better known as the blood-spitting fourth of KISS.

Casting the notoriously uber-capitalistic and over-the-top rocker as a lawyer is brilliant, but Simmons looks uncomfortable sitting at a table in a scene with solid character actor J.K. Simmons and Bateman. It’s less acting than it is awkward line reading, until the moment when Simmons repeats the high-energy gag that the scene has been building up to. Sure, there is a laugh there, but it partially comes out of desperation because the scene itself has already imploded.

Judge also gets no assist in fleshing out supporting characters from Beth Grant (the annoying P.E. teacher from “Donnie Darko”) and T.J. Miller (the annoying cameraman Hud from “Cloverfield”), who make their annoying factory workers embarrassingly one note. Even Wiig, who can usually mine comedy gold from the barest of outlines, gets none from her bland turn as the unhappy wife. Ditto for Affleck, who is coasting with his eyes closed in a bad wig and fake beard.

Although most of “Extract” is fairly subdued, David Koechner plays it big with an instantly recognizable Judge archetype—the suburban neighbor who keeps pestering Joel in the name of “just being friendly.” At first, the laughs come from the familiarity. As the films wears on, though, so does the joke. When Koechner finally gets his comeuppance, the pacing is off.

Just like the movie, it’s a bit of an anti-climax.

Saw it last night and really liked it. Even Affleck. Especially Bateman.