Why the Blu-ray format is essential to film literacy, and a local 'Triumph'

At no other time in the last hundred years have there been more movies available to the general public as there are right now. Thanks to streaming video, hundreds of thousands of movies from the dawn of film to today can be accessed and played back on all kinds of HD-ready devices.

So why is it that the last bastion of film literacy is still in the hands of a physical format that you can actually hold in your hand and put on a shelf?

The answer is simple: The Blu-ray format can hold enough information for not only the highest-quality film transfer but also a large amount of supplemental content that functions as a sort of instant film school. I like streaming a movie as much as the next person, but when I want to dig deeper, I look to extra features. Nobody is putting out better Blu-rays right now than The Criterion Collection, and three of its newest releases illustrate this point perfectly.

To the casual moviegoer, it may not seem like there’s any point in going back to check out old films, but in fact, it’s a great way to trace the lineage of current filmmakers and trends and discover where the new movies you love came from. 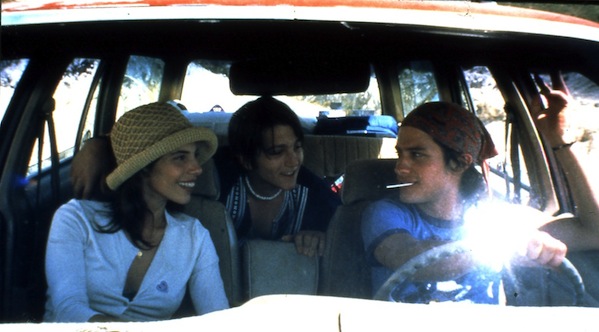 Fans of Oscar-winning visionary director Alfonso Cuaron (“Gravity”) can see an earlier mastery of genre-defying in “Y Tu Mama Tambien,” a 2001 road-trip movie starring Gael Garcia Bernal and Diego Luna as teenagers who fall under the spell of a beautiful older woman. What could have been a simple teenage sex comedy instead becomes a coming-of-age film with startling emotional depth and complexity, set against the backdrop of class differences in Mexico.

Besides the treat of seeing Emmanuel Lubezki’s gorgeous cinematography in a 2K digital film transfer, there are 50 excellent minutes of interviews and making-of material put together in 2014 for this release, a 9-minute feature from author and philosophical thinker Slavoj Zizek about the film’s themes, and a host of other extras.

If this sounds too heady and boring, it’s not. I mean, this isn’t “Armageddon” (which, weirdly, also has a Criterion release). There’s a lot to ponder and negotiate with “Y Tu Mama Tambien.” A couple hours of back-patting and chatty hi-jinks with Bruce Willis and Michael Bay would get old real soon, but with in-depth pieces like the ones on this Blu-ray/DVD dual-format combo, you can deepen your film knowledge and appreciation for the work, sending your mind off in all kinds of fascinating directions.

The Criterion re-issue of 1997’s “Insomnia” has an instant link to the present as well. The last five years in Scandinavian television is widely seen as a Renaissance, with Nordic noirs like “The Killing” and “The Bridge” pushing boundaries and inspiring American remakes. It’s easier to point to “Insomnia” as an opening shot in the genre, especially after re-watching it in this beautiful 4K restoration on Blu-ray.

Stellan Skarsgard plays a hotshot Swedish detective tracking down a killer in Norway. A series of bad choices lead him down a dark path (though the constant summer sun never relents), and he begins to lose his grip on right and wrong. “Insomnia” is a paranoid noir thriller in broad daylight, and Skarsgard inhabits his role so naturally that when he starts going off the rails, it’s as disorienting as it is disturbing.

A new conversation reuniting Skarsgard with director Erik Skjoldbjærg shows the amount of collaboration that was involved in this seminal movie. Like the influential Scandinavian TV dramas of today, “Insomnia” was re-made for American audiences in 2002 by no less a director than Christopher Nolan (“The Dark Knight”), and it starred Al Pacino, Robin Williams and Hilary Swank. 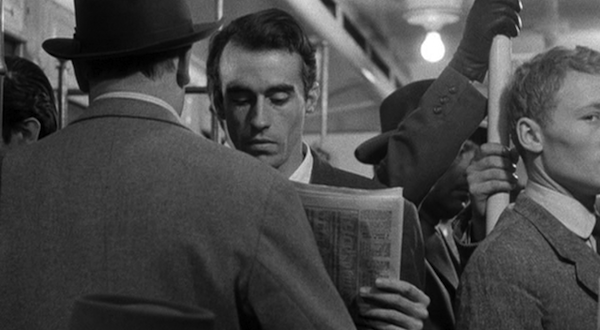 A haunted 1970s film revolutionary if there ever was one, Paul Schrader wrote “Taxi Driver” and co-wrote “Raging Bull.” He introduces the Criterion dual-format Blu-ray/DVD of Robert Bresson’s 1959 film “Pickpocket” by talking about how the French filmmaker inspired him to make movies. Non-actors are used regularly these days on TV, and to some extent, the movies, but usually as part of some “reality” show or to approximate reality for a docudrama feel.

Bresson’s strategy was to employ non-actors and stylize their actions in a very specific way to reveal something deeper about their characters. In “Pickpocket,” a professional magician performs the slight-of-hand tricks of the main character and his cohorts as they prey upon the people of Paris, but it’s the strange quality of non-actor Martin LaSalle that sets the film apart. Is he as dead inside as he appears to the outside world? His criminal existence alienates him from the people he cares about even as he continues to pursue it.

“Pickpocket” is certainly dated, but it’s so dated, it almost feels fresh. A commentary track by film scholar James Quandt points out even more of the film’s oddities, while Bresson himself is featured on a 1960 TV show, and the “actors” get their due in two features. Illusionist Kassagi, who consulted on the movie, is featured in some amazing excerpts from a 1962 TV appearance.

So while everyone else is flipping through VOD listings to find the latest Nicolas Cage-Morgan Freeman thriller that wasn’t good enough to warrant a theatrical release, I’m more than happy to spend a weekend afternoon with a classic movie and a ton of extra content that gives me a wider perspective. There’s more to movies than escapism, and I love exploring how films were made and how they affected the world.

A local script about a high-school wrestler with mild cerebral palsy is gaining some traction, thanks to reported interest in the lead role from RJ Mitte (“Breaking Bad”).

Screenwriter and co-director Mike Coffey has started a Kickstarter campaign to fund “Triumph,” which would be produced and shot in Lawrence.

Financing is still up in the air but the project, in tandem with local Through A Glass Productions, aims to start shooting in October over four weeks, but if Coffey can keep talent like Mitte, Jonathan Lipnicki, Graham Greene and Charles Dutton, as well as Lawrence actress Laura Kirk, on board he could have quite the project on his hands.