Get weird on Halloween with a David Lynch double feature 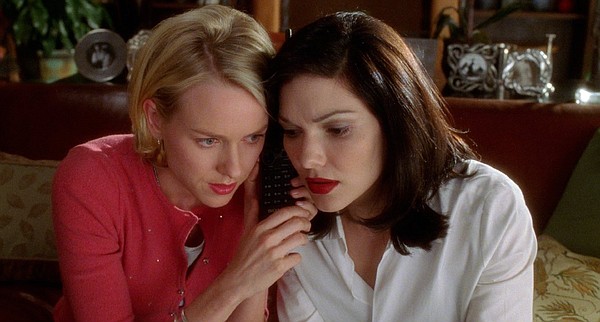 From left, Naomi Watts and Laura Harring in "Mullholland Dr."

The horror movie genre exists because people love to be scared. Take one look at a list of “horror” movies streaming online, though, and you’ll see a ton of gory slasher pictures and sequel after lame sequel that aren’t scary at all.

Fear is trickier than that. It manifests itself in a lot of different ways. The jump scares that dominate so many “scary” movies today are cop-outs. It’s a lot tougher for a film to establish and maintain a creepy atmosphere for its entire running time — and if it taps into some universal paranoia or a personal deep-seeded fear, even better.

That’s where David Lynch comes in. He’s not as prolific as many great directors — and he has almost as many misfires (“Dune,” “Lost Highway,” “Inland Empire”) as he has classics (“Blue Velvet”). But now is a very good time to introduce or re-acquaint yourself with two of Lynch’s three iconoclastic masterpieces: “Mulholland Dr.” and “Eraserhead.”

Why now, you may ask? The answer is simple: Thanks to new 4K digital transfers from The Criterion Collection, these movies have never looked and sounded better. (Anyone who knows Lynch’s filmography knows that the sound is at least as important as the images.) The remastered “Mulholland Dr.” is out on Criterion Blu-ray and DVD Oct. 27, and will be streaming on Hulu Plus, while “Eraserhead” is out in these formats right now. 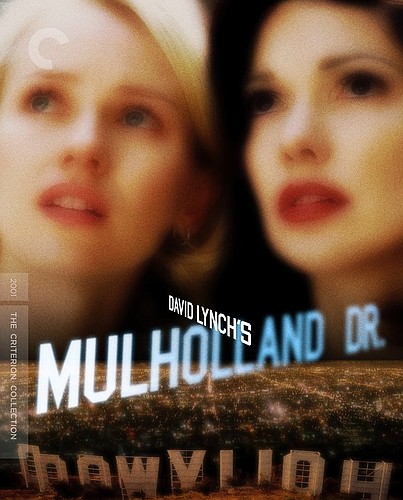 Some movies feel dated just months after their arrival, but 2001’s “Mulholland Dr.” just keeps getting better with time. Expanding on some of the visual themes that made his short-lived ABC series “Twin Peaks” (which is being revived on Showtime soon) so iconic, Lynch accessed deep recesses of the human psyche to create a narrative cinematic experience that is truly like no other.

Only in a David Lynch movie could a small bald man dressed head to toe in Tom Mix western gear be absolutely terrifying. Thanks to non-actor Monty Montgomery’s dead-eyed delivery, Angelo Badalamenti’s low-end synth rumble, and the mounting dread surrounding his introduction, The Cowboy’s words haunt the mystery at the heart of “Mulholland Dr.”

There is no conceivable way to spoil the film, but I’ll sum it up in one word: Identity. Every vivid high, every surrealistic low; they exist — and turn on — this key idea. If there is one thing that every human being on the planet can relate to, it’s the idea that nobody gets to choose who they are. We are born, we exist. Hollywood is the dream factory, and it swallows up untold amounts of dreamers who are trying to re-define their identity every day.

Naomi Watts (who Lynch discovered and who earned her first raves for this film) is Betty, the stereotypical small-town girl hoping to make it big. Lynch doesn’t just recognize movie clichés like Betty, he thrives on them. He uses them against us.

When a tall, dark and classic-Hollywood-beautiful amnesiac (Rita, played by Laura Harring) enters her life, the pair try to find out who she was before her car accident. We already know Rita was about to be murdered seconds before the crash, so the mystery is doubled for the audience.

Since the first iteration of “Mulholland Dr.” was a TV pilot for ABC, there are stars like Robert Forster and Dan Hedaya who appear in tiny roles that were slated to be bigger had the show been taken to series. Thank God it wasn’t. The diversions only enrich the head-scratching paranoia: There’s the guy who lures his pal to a restaurant with the story of a recurring nightmare, only to have it happen just as he described it. There’s the man with a tiny head in a wheelchair who decides the fate of several characters in a red-curtained backroom.

Don’t forget Lynch’s wicked sense of humor: There’s the hitman who coolly executes his mark, but accidentally shoots a woman in the butt through a wall. “Something bit me bad!” she says. There’s also Billy Ray Cyrus. Yeah, you read that right: Miley’s dad; he of the “Achy Breaky Heart.” He plays a handyman sleeping with Justin Theroux’s wife, who immediately — and hilariously — takes the moral high ground himself once he’s discovered.

Much has been written about the “dream logic” of “Mulholland Dr.” As a differentiator to most movies that merely employ this strategy in some vague manner, however, let me submit this: An early criticism of this film was that there is no connective tissue, and that is simply dead wrong. There are several recurring themes under the umbrella of identity, and all of the weirdness resonates with its own authenticity.

Because Lynch is playing with archetypes like the wide-eyed innocent, he’s able to subvert them with a heightened reality that suckers us in. All of a sudden we’re not experiencing Betty’s raw emotion at a remove. Her biggest fears are ours, and it’s terrifying to see … well … her … identity … decimated. Wiped clean. Like it never existed. Watching it again this week, I was transfixed by its conclusion, and then overcome by an enormous amount of sadness.

In a new interview on the “Mulholland Dr.” Blu-ray, Watts says, “Some directors want to saturate you with information” and — this is an understatement — Lynch isn’t one of those directors. I believe there’s a freedom in letting go; in not trying to make sense of every detail, but rather letting the big picture wash over you. The meaning in “Mulholland Dr.” will be different for everyone.

The same could be said tenfold of 1977’s “Eraserhead,” a black-and-white movie that actually has a more straightforward narrative structure than “Mulholland Dr.” but is a tougher watch because of its incredibly slow pace and lack of character investment.

At a distance and with repeated viewings, it becomes easier to relate to Henry Spencer (Jack Nance), who lives in an industrial park and is terrified by his “baby” — an H.R. Giger-like monstrosity that undergoes a number of metamorphoses (or are they in dreams?) and is seriously, painfully ill.

As in “Mulholland Dr.,” sound design is absolutely crucial to the spooky atmosphere of this Kafka-esque movie, which was also Lynch’s dynamic debut long-form work. His own fears about being a father are baked into the film’s DNA, then filtered through his lens. The funny thing about the film’s truths is this: The more specific (and weird) they get, the more universal they become.

Again, I’ll pull out this recommendation and warning: Approach “Eraserhead” as a unique cinematic experience. Don’t try to make “sense” of it. There are many ways that motion pictures can move you. Linear plots with easily defined cause and effect are the kinds of stories we are used to, but sometimes it’s refreshing to enter a world where logic takes a backseat to purely evocative storytelling.

“I just came here from Ontario and now I’m in this dream place.” — Betty

Lynch is certainly tuned into his own peculiar wavelength. “Mulholland Dr.” and “Eraserhead” are eerie examples of filmmaking, shrouded in mystery and darkness. But they are by no means impenetrable. They are forged from our deepest fears and most vulnerable places.

Isn’t that what true horror is all about?