There has been a lot going in the sports-sphere around Lawrence recently, with each team telling its own kind of story.

We have the triumph and catharsis of the Royals taking the World Series, where they faltered just a year ago; at KU, the football season, with its faint glimmers of potential, still marches on, seemingly as an examination of struggle. Meanwhile, at Allen Fieldhouse, the men's basketball squad is just beginning its year with the energy and promise we’ve come to expect every November.

Though sports media sometimes overinflates otherwise trivial narratives, such as the wild speculation about why Tiger Woods was missing a front tooth at a ski event in January or the semi-weird adoration of Stephen Curry’s mother during the NBA Finals, the life of a professional athlete is rich with feeling, conflict and even beauty. 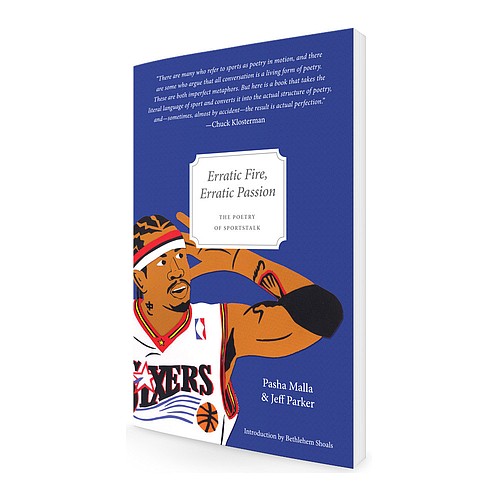 It can be hard to pick up on this humanity amid the soundbites and highlight reels, but thankfully, authors Pasha Malla and Jeff Parker have done the work of parsing through countless hours of postgame press conferences to create the poetry collection “Erratic Fire, Erratic Passion.” The book is described as a “mash-up, remix, and sampling” project that transforms the words of notable athletes into poems, giving them new meaning and allowing greater insight into the hearts and minds of the players.

Take for example part of “Hindsight is a Wonderful Thing,” in which David Beckham quotes are pieced together: “My parents have been there for me ever since I was about 7./ Soccer is a magical game./ Nothing amazes me anymore.”

There are many different sports represented in the collection; cricket, racquetball, monster-truck driving, and others appearing alongside the big ones. The players range from contemporary, e.g. Ronda Rousey, to legends like Yogi Berra, whose two line poem reads simply, “If you don’t know where you’re going/ you’ll end up somewhere else.” 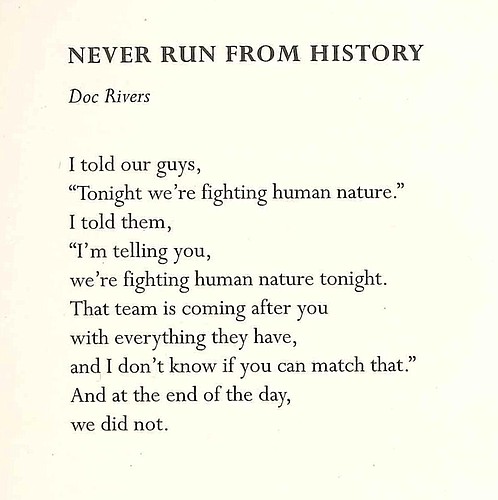 “Erratic Fire, Erratic Passion” is an intriguing collision of two worlds: poetry and sports. Impressively, it manages to present an interesting look into the lives of athletes while being evocative, substantial poetry. It’s often very funny, too — the poem describing Tim Tebow’s nostalgia for ice cream, in his own words, is hilarious.

With KU beginning a surely challenging season, I think the former NBA firebrand Charles Oakley’s reconstructed poem “It Is What It Is” offers some useful advice: “Don’t go out there/ With your hands down./ Drink you milk/ And go to sleep.”