Mourning has broken in Matt Haig's memoir of depression

I sit here and find myself feeling a similar apprehension to what author Matt Haig felt upon sending his book, "Reasons to Stay Alive," to his publisher. My concern stems not from the subject of mental health, but rather the associated stigmas, because I am a suicide survivor — a label not outwardly worn, not due to shame or penance, but because it doesn’t define my life. It is a designation others use to describe an experience of part of my life. I will admit, the stigma and other people’s discomfort keeps me discreet about sharing my experience, as well as keeping the person I lost close to my chest.

This is in itself saddening, because that’s where the cycle of depression begins. The silence brought on by fear of stigma propagates the loneliness attributed with depression, when, in truth, the National Alliance on Mental Illness reports, “6.9 percent of adults in the U.S. — 16 million — had at least one major depressive episode in the past year.” 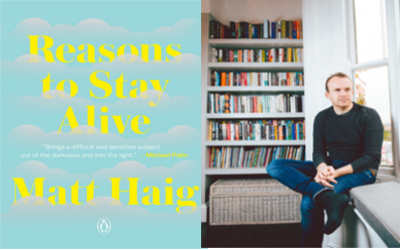 "Reasons to Stay Alive" reads part memoir, part self-help, but untraditionally so, as it lacks any interspersed clinical perspectives. Matt Haig pens an account of his personal experience with depression, suicidal thoughts and his ability to overcome. Haig is forthcoming about his life at the time of the onset of depression, when he was residing with his girlfriend amongst a seemingly idyllic and party atmosphere on the island of Ibiza, Spain. However, despite these trappings, he became unknowingly immersed with nearly paralyzing depression. Haig recounts: “Depression is an illness. Yet it doesn’t come with a rash or a cough. It is hard to see, as it is generally invisible. Even though it is a serious illness it is also surprisingly hard for many sufferers to recognize it at first. Not because it doesn’t feel bad — it does — but because that bad feeling seems unrecognizable, or can be confused with other things.”

Accompanying Haig’s depression were intense panic attacks, expressed in intricate detail, that involved going to the shops for errands or groceries. These tasks seemed banal to those not suffering, yet would send him into a downward spiral of anxiety. It was during the reading of these testaments I became concerned. Haig’s eloquence left me teetering, having suffered similar panic attacks following my loved one’s passing. However, it was all for naught, which was a surprise to me, but also confirmation that I am truly recovered.

It’s a popular misconception that depressive episodes can be brief; however, it’s not uncommon for them to last several months, or possibly years. In Haig’s experience, his illness was lengthy. Choosing to abstain from antidepressants, Haig instead found solace in running and reading: “I read and read and read with an intensity I’d never really known before. I mean, I’d always considered myself to be a person who liked books. But there is a difference between liking books and needing them. I needed books.” He continues, “Every time I read a great book I felt I was reading a kind of map, a treasure map, and the treasure I was being directed to was in actual fact myself. But each map was incomplete, and I would only locate the treasure if I read all the books, and so the process of finding my best self was an endless quest.”

Haig cleverly frames his thoughts as a temporal conversation between his recovered self: Now Me, and the pained version: Then Me. This brilliantly demonstrates his shift in perspective and articulates the change in language as he moves toward recover. To this, he states: “You know, before the age of 24 I hadn’t known how bad things could feel, but I hadn’t realized how good they could feel either. That shell might be protecting you, but it’s also stopping you feeling the full force of that good stuff. Depression might be a hell of a price to pay for waking up to life, and while it is on top of you it is one that could never seem worth paying. Clouds with silver linings are still clouds. But it is therapeutic to know that pleasure doesn’t just help compensate for pain, it can actually grow out of it.”

I personally encourage those untouched by depression, suicide or the myriad of mental health issues to read this book, because within its pages you may learn ways to help someone who is suffering, or you might find a new perspective to enrich your life. And, for those coping or still recovering, perhaps one man’s story may be a treasure map on your own quest for new reasons to stay alive. 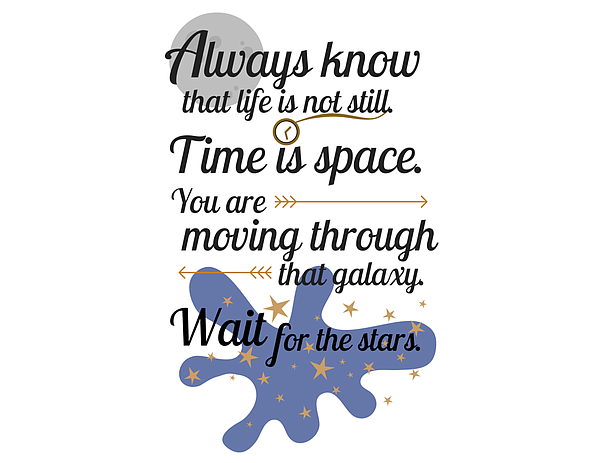 From "The Humans" by Matt Haig; image created by Ilka Iwanczuk.