Indigenous Peoples’ Day was first officially discussed as a construct in the late 1970s, but it wasn’t officially enacted until 1992 (the 500 year anniversary of Columbus’s fateful maiden voyage) in Northern California.

The city of Berkeley declared October 12 of that year “Indigenous Peoples Day” in protest to the ever-problematic Columbus Day. Since then, other cities throughout the country have celebrated this counter-holiday to honor the expansive and regionally unique indigenous cultures and their rich histories.

Tragically, these histories were blighted due to European interventions: many were forced to abandon their own sacred cultures and lands to assimilate, and many were victims of the mass genocide of native peoples. Indigenous Peoples Day is a show of continental unity and acknowledgement of tribal heritages, so what better way to participate than by reading books written by and about indigenous peoples? 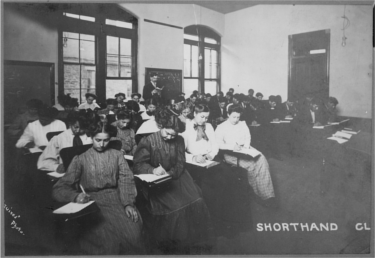 In 2015, Lawrence began celebrating Indigenous Peoples Day instead Columbus Day, as this city was built on lands that were populated with Kansa and Osage people. Lawrence is also fortunate enough to have Haskell Indian Nations University, which is specifically dedicated to the education of members of federally recognized Native American tribes. The university was originally opened in 1884 as a boarding school for Native American children who were forcibly taught Anglo-Protestant cultural values. The personal experiences of many of these children are chronicled in "Voices from Haskell: Indian Students Between Two Worlds, 1884-1928" by Myriam Vučković.

Louise Erdrich and Sherman Alexie are names synonymous with contemporary Native American literature. Erdrich is a prestigious author, having earned a National Book Award for "The Round House" and a nomination for the Pulitzer Prize for "The Plague of Doves." Her books are mainly focused on Native American communities and their day-to-day lives--their struggles and their triumphs. Her first novel, "Love Medicine," is set on a North Dakota reservation and follows two families--the Lamartines and the Kashpaws. She has also written her fair share of literature aimed at younger readers; "The Birchbank House" gives a fresh perspective to classic 1800’s pioneer stories, as this middle grade novel is narrated by a spunky 7-year-old Ojibwa girl named Omakayas (or “Little Frog” as she has been nicknamed). 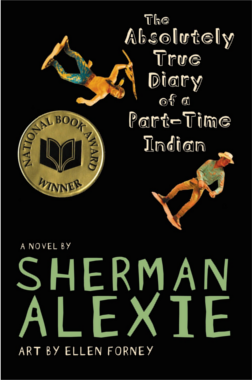 "The Absolutely True Diary of A Part-time Indian" by Sherman Alexie is a young adult novel about a young man named Junior growing up on the Spokane Indian Reservation who eventually attends an all-white high school where the only other Indian is the mascot. Based on the author’s own experiences, this novel is heartfelt and raw. Alexie has also written a number of adult fiction titles (as well as a few non-fiction), so there are plenty of options with this author.

Joseph Boyden, a Canadian author of Anishinaabe heritage, writes about Canadian First Nations characters and the challenges they face. His novel "The Orenda" is a contemporary masterpiece spanning over four hundred years; it follows separate tribes that must become reluctant allies to face an even bigger threat from another land that is bigger than their feud. Magnificent in its scope of history, this novel begs to be read. Alternatively, his novel "Through Black Spruce" is a more modern tale of a young Cree woman trying to find her way in the world.

"The Inconvenient Indian" by Thomas King, a native rights activist, is a heartbreaking account of Indian-White relations since Europeans first colonized the “New World.” His narration is unconventionally humorous, detailing atrocities in a manageable way--getting the point across, while still managing to entertain (and even make you laugh). Spanning decades and countries, with the inclusion of Canadian Aboriginal peoples and their experiences, this relatively short chronicle will give insight into the experiences held by North American indigenous peoples and the everlasting effects of colonization. (Thomas King has also written an adorable children’s picture book titled "A Coyote Solstice Tale," which shows the depth of his range.)

More interested in a memoir? Edmund Metatawabin, a First Nations chief, was denied his native identity at the age of six when he was taken from his family, assigned a number instead of a name and sent to residential school. He details his disturbing experiences in "Up Ghost River," in which he was finally able to make peace with his past by embracing his tribal culture. For more autobiographical narratives, check out "Here First," a collection of essays written by Native American authors, and "My Body Is A Book of Rules" by Elissa Washuta, a deeply personal account of the author’s struggles for self-identity as an American Indian — with painfully honest discussion of mental health and feminism, this little book is hugely important.

There is an overwhelming amount of poetry written by Native American authors. "Conflict Resolutions for Holy Beings" by Harjo Joy is a stunning collection of poetry with everything from stomp dances to the Trail of Tears and beyond. (Harjo Joy has also written a memoir about her life as poet — "Crazy Brave" — as well as a number of other poetry collections.) 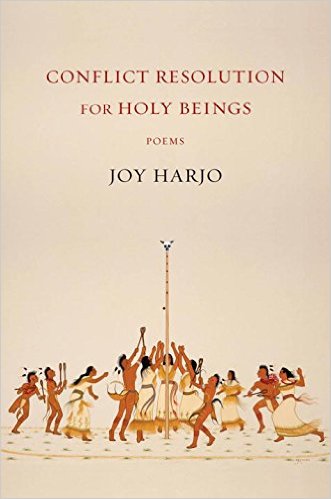 "How to Say I Love You in Indian" by Ross Gyasi is all above love--of family, of community, of oneself. "Dark, Sweet" by award-winning poet Linda Hogan gives insight into her Chickasaw heritage. For those who prefer science fiction or short stories, the anthology "Walking the Clouds" will surely delight with its expansive narratives; Native Americans, Aboriginal Australians, First Nations, and New Zealand Maori authors show the beauty and originality of indigenous voices worldwide.