Lynn Burlingham has had quite the journey, with New York, London, and even stops in Norway all in the mix before finding herself here in Lawrence. Her latest book, "Jewels that Speak," recounts her life while offering a look into two storied families of her heritage: the psychoanalytical Freuds and the glass forging Tiffanys, each replete with their own fascinating legacies and conflicts.

The book is emotional, charged, and raw. There is no softening of drama and loss; likewise, moments of clarity and beauty are vivid and fully formed. "Jewels that Speak" is a fascinating family saga, and a memoir that can be, at times, stranger than fiction. I was lucky enough to chat with Lynn, who offered some further insights into her work.

She will also read from her book and sign copies at The Raven Book Store on Friday, April 27th, at 7:00 PM. 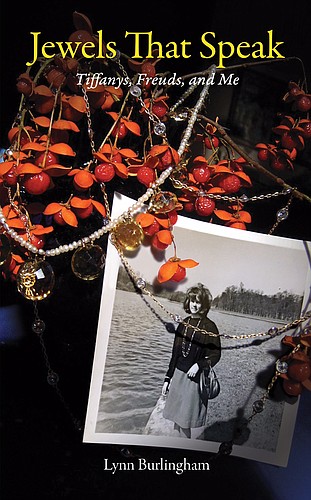 Q: Can you say more about what drew you to the idea of using jewels as a frame for your story and how you developed the theme?

A: Thinking about my life and how to tell my story, I saw a thread that would serve to connect and to frame it. My great-grandfather was the American artist and designer Lewis Comfort Tiffany, and my twice-great-grandfather was the jeweler Charles Lewis Tiffany. Within the family, jewels and beautiful objects carried associations beyond the merely aesthetic.

With that in mind, I began to consider the jewels given to me by the most important people in my life, beginning with the antique birthstone pendant my father, who would soon after disappear from my life, had given me for my sixteenth birthday.

Q: What was it like writing your memoir, especially given how personal—and at times, heart-wrenching—it can be?

A: Writing "Jewels That Speak" called up every ounce of courage and resolve that I could manage. I had to pull out buried memories, dust them off, and try to understand what I could not understand when they occurred. I relived the fraught tangle of connections between the Tiffanys, Freuds, and Burlinghams, as expressed in the struggle for the soul of my grandmother, Dorothy Tiffany Burlingham, and my father, Robert Burlingham.

To the Tiffanys’ and Burlinghams’ horror, Dorothy left her husband in New York to undergo Freudian analysis in Vienna, then moved with Anna Freud to London, remaining there, with Anna, for the rest of her life, while her young son, Robert, became Anna’s first patient. These thorny relationships set the course for my own life, with its dark underpasses and shaky bridges, its unnamed demons that had to be dealt with along the way. I wanted to confront both the brilliance and the darkness that lurked beneath the glitter, to understand where I fit into the story and then be free to move on.

Q: How long did it take to put all the pieces of this sprawling family story together, and what was your process like?

A: I worked on the memoir for ten years, writing draft after draft, wrestling with the story I had to tell. It was a start-and-stop process: write what I can say now and come back later to what I can’t say yet. I would put it away from time to time, to germinate, in effect, then take it up again with renewed energy and focus.

The hardest struggles had to do with trying to convey the turmoil generated by mental illnesses in the family, with separating out the cross-currents of love and abandonment, and with having to revisit my three broken marriages and their consequences.

Q: Were there any memoirs — or other works — that inspired you while creating Jewels That Speak?

A: Yes, there were many. But a few I’m thinking of right now are: "The Road from Coorain" and "True North" by Jill Ker Conway, "The Diary of Virginia Woolf," "The Liars’ Club" by Mary Karr, "The Glass Castle" by Jeannette Walls, the novels of Marilynne Robinson. All these books ring out with voices that speak harsh but believable truths. Reading them led me to hope that, just as I benefited from their truths, readers would benefit from mine. 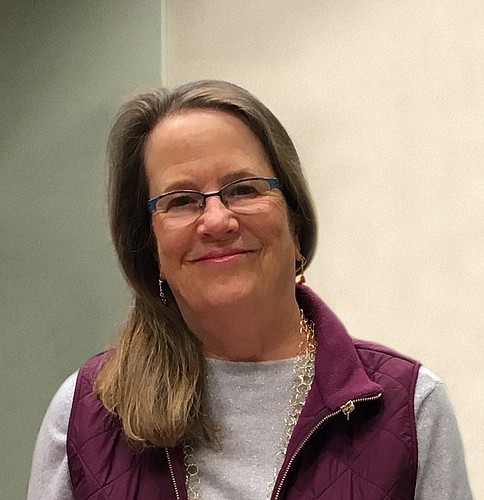 Q: I can’t help but wonder: what do you think Anna Freud, hypothetically, might make of "Jewels That Speak"?

A: I do not think that Anna Freud, hypothetically, would have liked it. In spite of her profession as a well-known child psychoanalyst, I never thought she wanted to know the truth.

Q: Having experienced life in so many different locations, how does Lawrence compare? Does it have anything on Sørenhus in Norway?

A: The happy ending, not a fairy-tale ending but an ending in which the heroine finds peace and her true home, for me is here, because my husband is here. I would have followed him anywhere. Sørenhus is where we go to reconnect with the best parts of my past. It’s filled with memories of grandparents, parents, aunts, uncles, cousins and children enjoying Norway’s brief summer by the sea. But Lawrence is where we’ve made our family, and it’s the place where I belong.

Q: What are you working on next?

A: I’m working on a little book about marriage. Little book, big subject.

-Eli Hoelscher is a readers’ services assistant at the Lawrence Public Library.