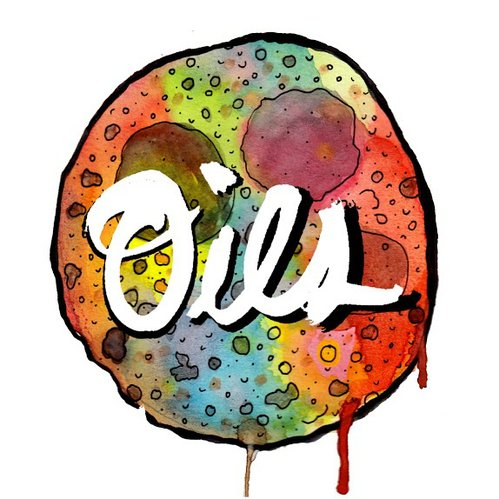 For its first 7-inch record release, OILS has a unique piece of art in store for consumers.

The sleeve itself, designed by local artist Jason Barr, is a rainbow-colored moon illustration with a hand-scripted “Oils” slapped on top of it.

“It kind of reminds me of a dripping cheesy pizza too,” says OILS frontman and guitarist Andrew Frederick.

The record itself mirrors the sleeve with swirls of every color found in the cover art. Replay Records had given OILS the option of using scraps from past color record projects to create the cover, and considering how harmonious it made the entire package, the band jumped at the chance.

“Jason was like, ‘Oh yeah that makes total sense with the art; it would look beautiful and it wouldn’t look silly,’” Frederick says. “And so fingers crossed, they came, and it didn’t look silly. They look really good.” 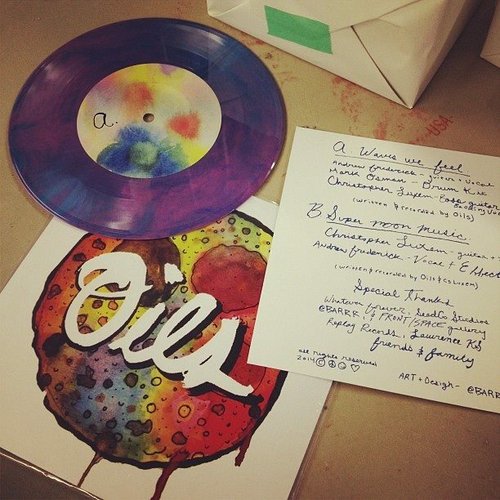 In true OILS fashion, the band is putting out something unpredictable and experimental.

“It feels like each one is unique,” Frederick says. “Because they are.”

OILS is having a release party at 10 p.m. Friday at The Replay Lounge, with Drakkar Sauna, This is My Condition, and Cool Guy Nice (featuring Evan Herd of Psychic Heat) on the bill.

The two tracks on the record are day and night, chosen to represent two disparate sides of their overall sound.

On the A-side, “Waves We Feel” is a softer song with structure — a beginning, middle and end. Frederick delivers an emotional story with poppy vocals, the feelings of being pulled back and forth throughout. Writing a straightforward track that listeners can familiarize themselves with is important to Frederick, but not always at the forefront of his songwriting process.

The B-side, “Super Moon Music,” is an OILS/ CS Luxem collaboration recorded in Front Space Gallery in Kansas City. It’s the freer, improvisational sound fans expect to hear from Frederick, Mark Rockwell, Chris Luxem and Taryn Miller during their live sets. They are known for bringing a loose idea of a set to stage and work as a band from each other’s instincts to fill in the blanks from there.

Side by side, they achieve a balance: perfect night with OILS at The Replay.

What’s next for OILS? Frederick is hoping more vinyl and more songs to groove out to. 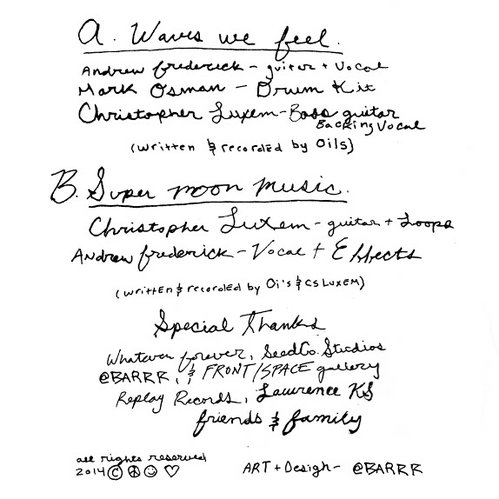 Credit where credit is due. by Nadia Imafidon