Looking Forward: Say hello again to a local favorite, and goodbye to another 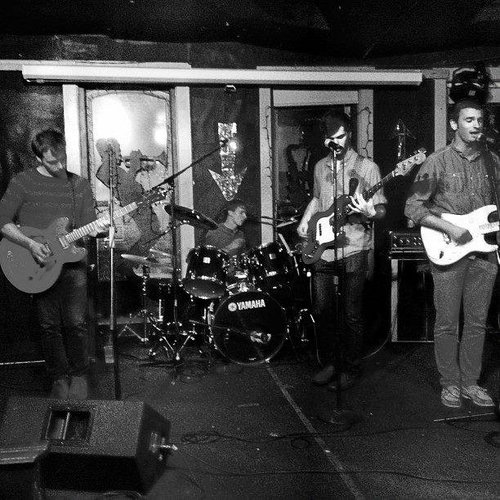 This will be the last show with the original members of Alien Jones for seven months so take advantage and head down to Jazzhaus at 10 p.m. on Friday night. by Nadia Imafidon

You’re not going to want to miss Your Friend’s first show in Lawrence since the summer tour. With the entire community behind Taryn Miller, something about the cries of support shouted from community members throughout the venue, combined with the dreamy sounds waves radiating from the collective band will make you lose yourself in what feels like a spiritual cleansing. Miller just walked away with a Pitch Award for best singer/songwriter in the region; she’s clearly doing something right. The Westerners, Twinsmith and Paper Buffalo will be joining the fine folks of Your Friend. For just $5, you’d be crazy to miss this lineup. 7 p.m. Friday, at the Granada, 1020 Massachusetts St., $5.

Thanks to Alien Jones fans, their Kickstarter campaign to raise $2,650 to fund their first full length studio album was a great success. They earned more than the set goal, ending up with $3,085 for their intended plan of spending five days in the studio to knock out an entire record. Clearly, they’ve got a following who wants to see this happen.

Alien Jones have been playing the warm melodies of their own widely appreciated brand of indie rock in the Lawrence and Kansas City areas for two years now. Their four-song EP “Summer Seeds” was released last August. The event page says this is the last show with the four original members of Alien Jones for seven months “so this is gonna be a BIG ONE.” I’m not sure I can contain myself from missing a promise like that. Also, Sharp 9 (I’m in that one) will be opening. 10 p.m. Friday, at the Jazzhaus, 926 Massachusetts St., $4.