Looking Forward: Conor Oberst, local appearances and The Black Lillies are back 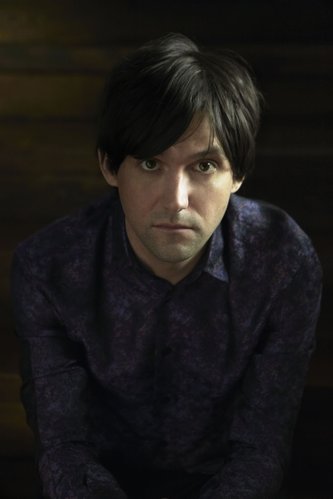 Backed by Dawes (also serving as an opener), Conor Oberst will perform the latest "Upside Down Mountain," at The Bottleneck Thursday night. Tickets are $25. by Nadia Imafidon

Conor Oberst’s latest solo project, “Upside Down Mountain,” was released earlier this year and will be making a stop at the Bottleneck on Thursday night. Serving as frontman for indie-folk-rock outfit Bright Eyes, the Nebraskan native is known to be an influential shaper of an intimate side of indie rock. Oberst’s set will be backed by Dawes, who will also serve as opening act. An emotionally charged and focused lyricist, Oberst took a conversational approach to this solo album, leaving his cryptic days on final Bright Eyes album in 2011. In his writing, Oberst continues to document the highs and lows of his adolescence on the way to maturity. 9 p.m. Thursday, The Bottleneck, 737 New Hampshire St., $25.

Party in the Park

It’s a good idea to situate yourself in Watson Park on Friday evening for the sixth annual Party in the Park, with local food vendors, street performers and plenty of local musicians fueling the outdoors with music to set the scene before the fireworks go off at about 9:45 p.m. Slated to perform (in order) are The Dead Ringers, Pink Royal, The Phantastics, Carswell & Hope, and Mustard. Each will perform a 45-minute set. 5 p.m. Friday, at Buford Watson Park, free.

As the holiday weekend gears up, head to Replay for a matinee bluegrass show before you make your way to your respective fireworks-watching spots. Cowgirl’s Trainset, a bluegrass band started by Charles Buck (banjo and vocals) and Mike Calvillo (guitar and lead vocalist), has evolved into an organic seven-piece incarnation of jazz-infused bluegrass with cello, harmonica and saxophone. It’s a good opportunity to check out the new music they’ve been hard at work on this summer before they head out on a Colorado tour, ending in Taos, N.M., at the end of the month. 6 p.m. Friday, The Replay, 946 Massachusetts St., $3.

Releasing its debut album, “Whiskey Angel” in 2009, The Black Lillies were conceived during the year Cruz Contreras spent recovering from both a collapsed marriage and first band Robinella and CCstringband (which he co-founded with his wife). During that year, Contreras hauled rock as a truck driver, spending hours on the road formulating songs of heartbreak and remorse, which is the entirety of the band’s first album. They have since climbed up the ranks in the Americana scene as a five-piece blending country, bluegrass, roots rock, blues and elements of stringed Appalachia. The Knoxville, Tenn., band is now bringing the nostalgic road-drenched sounds of August release “Runaway Freeway Blues” to the Bottleneck on Wednesday. 9 p.m. Wednesday at The Bottleneck, 737 New Hampshire St., $12-$15.