Looking Forward: Acrobatics, lush lyricism and two blasts from the past 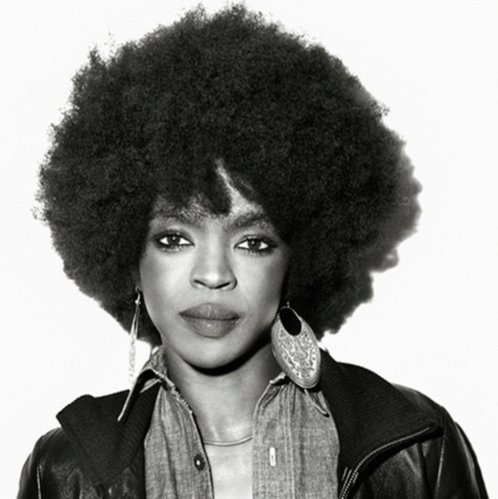 After more than a decade, Lauryn Hill is coming back to Kansas City on June 16 — this time at Uptown Theatre —and with her, fierce poetry on sexual politics, race, and spirituality. Do that thing, Ms. Hill. by Nadia Imafidon

Avant-garde performance troupe Lucent Dossier Experience is dropping by the Granada on its first headlining national tour, “Light of the World.” The Los Angeles group headlined Coachella’s Gobi Stage this year before hitting the road with a visionary spectacle complete with aerial arts, acrobatics and contortion along with high energy, Eastern-inspired electronic bass music. LA Weekly describes their transformative performance as a “world that doesn’t exist, a place where the future and past happen simultaneously.” The 90-minute set showcases the musical talents of Lucent leader Dream Rockwell on vocals, alongside singer Sarah Llewellyn and band members Atla Gadret and Metaphase; 21 core performers make up the entire show, putting together a stream of unique acts for each city. 9 p.m. Thursday at the Granada, 1020 Massachusetts St., $15.

Local singer-songwriter Heidi Lynne Gluck has an angelic voice that makes you feel like you’re lounging on a couch, wearing an oversized sweater (it’s that comforting) and a steady strum on the guitar to go along with it. I know I’m into it. See for yourself in this solo performance at SeedCo. Studios last year. 10 p.m. Friday, at the Replay Lounge, 946 Massachusetts St., $3.

Des Moines folk pop sextet is on a seven-week tour to support its sophomore full-length album “Home Is The House.” The record mastered by Doug Van Sloun (Bright Eyes, Cursive, Tokyo Police Club, Damien Jurado), the group is praised for its lush, layered harmonies, sunny instrumentation and driving percussion. The optimism laced in the music will have you smiling along to each track without even knowing it. The six — frontman Ryan Stier, Joel Gettys on percussion, Drew Rauch on bass, Mallory Heggen on trumpet, Nicholas Frampton on guitar, Tommy Boynton on banjo — all contribute vocally, constantly experimenting with various instruments and arrangements, resulting in organic builds and swells. The River Monks will be joined by Westerners and Forrester 10 p.m. Friday, at Jazzhaus, 926 1/2 Massachusetts St., $4.

The moment I’ve been waiting for since most of my adolescence has finally arrived: Ms. Lauryn Hill is gracing the Uptown Theatre with her soulful presence. Whether you’ve already bought your ticket because of the self-empowerment she showers on the world or the lyrically superior collection of songs that deal with politics (sexual and otherwise), race, identity and spirituality, Ms. Hill won’t let you down this Monday. Or maybe you just want to relive the ex-Fugees rhyming prowess. After her 1998 “Miseducation of Lauryn Hill” blew up, the artist disappeared, only to gain the spotlight in recent years for erratic performances, tax evasion, in which she ended up serving a three-month prison sentence. Rest easy, folks. Recent reviews suggest Hill is back and as beautiful as ever. You’re going to want to be at this show. 8 p.m. Monday, at Uptown Theatre, 3700 Broadway St., $48.85-$139.70.

The indie rock band from Dayton, Ohio, formed in 1983, and has gone through many changes but maintained the presence of principal songwriter Robert Pollard. Disbanding in 2004, the five reconnected to perform at the Matador Records' 21st Anniversary celebration in Las Vegas, and then a tour was announced to follow. It sold out nearly every venue. Guided By Voices has recorded six high-quality full-length albums in less than four years since its reunion in 2010; no wonder the group has a reputation for its prolific output. And they won’t slow down. The lo-fi band’s last album, “Cool Planet,” is a collection of 18 songs, which they are currently touting on tour. Even a video has been made for the first single off the track “Bad Love is Easy to Do.” 8 p.m. Wednesday at the Granada, 1020 Massachusetts St., $25.

SOCIAL DISTORTION TICKETS ON SALE FRIDAY Social Distortion is playing Liberty Hall on Sept. 19, with special guests The Whigs and Jonny Two Bags. The Orange County punk band, whose biggest hits include "Story of My Life," "Ball and Chain" and a cover of Johnny Cash's "Ring of Fire," was formed in '78 by guitarist and vocalist Mike Ness. Its most recent album, “Hard Times and Nursery Rhymes,” was released in 2011, but there is talk of a new record in the works. Tickets are $35, and go on sale Friday at 10 a.m.