Tret Fure, a trailblazer for women in the music industry, playing concert in Lawrence 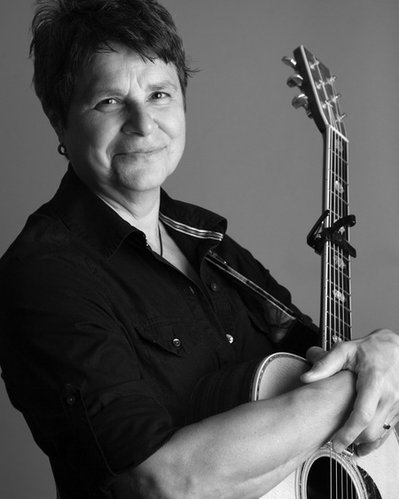 Tret Fure, one of the pioneers of women's music, will play an intimate folky acoustic session this Saturday at the Unitarian Fellowship of Lawrence, 1263 N. 1100 Road. by Nadia Imafidon

Far be it from anyone to tell singer-songwriter and activist Tret Fure where she belongs in the music industry. Or that she doesn’t, for that matter.

With a career spanning four decades, Fure has released 13 albums, became one of the first female sound engineers in the '70s, and most notably, challenged the mainstream industry by joining forces with other women to make a brand of music by women, for women.

“When I got my first record deal, we shopped my record to companies who would all say, 'We already have a woman,'” Fure says. “It was like you could only have one on the label and yet you could have numerous male singers, male bands. We weren’t taken seriously.”

With her first record in 1973 bringing her enough success to open for Yes, Poco, and the J. Geils Band, the Iowa-born artist recorded two more albums; one was never released, and the other was acquired by a label who wanted her to drastically change her image, demanding she ditched her daily wear of T-shirts or button-ups with jeans (represented in her clothing line Tomboy Girl) for all-leather outfits.

She quickly backed out of the deal, bringing her back to square one at age 30.

“A woman at that age would not make it in LA in those days,” she says. “I was done.”

Upon discovering the burgeoning movement of women’s music, Fure left the mainstream pursuit to work as an artist, producer and sound engineer at a women-only label in the San Francisco Bay Area called Olivia Records. The release of the label’s second single by mother of women’s music Cris Williamson (who Fure became personally and professionally involved with) raked in 100,000 sales.

“That was unheard of at the time,” Fure says.

Fure’s shows were reliably bringing in 2,000 to 5,000 fans. She tampered with harder-edged rock and roll music that other women on the label strayed from, paving the way for other female punk guitarists. Together, their efforts ensured their place in a male-dominated business.

“The industry was very misogynistic, and this was a way for us to regain control of our own space,” she says.

Fure will be channeling her folk acoustic roots, however, this Saturday at the Unitarian Fellowship of Lawrence, 1263 North 1100 Road, sharing intimate stories through song of her family and conditions of the heart. Her 2013 record “A Piece of the Sky” will be at the center of her selection.

Outside of music, Fure's latest adventures include pet portrait commissions and acting as the president of Local 1000, an organization that helps traveling musicians negotiate a pension, among other benefits, in a career with no guarantees of a paycheck.

“Every folk musician I know dies penniless,” she says. “And we never stop working. This is our day job; this is not a hobby. And we should be guaranteed a full wage.”