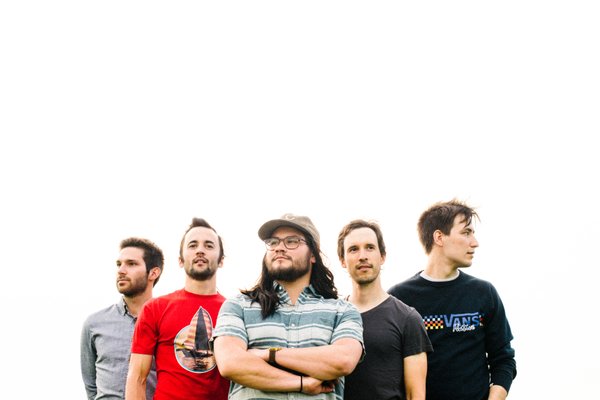 Hembree will perform a free concert at the Plaza Art Fair in Kansas City at 7 p.m on Friday. by Nadia Imafidon

No words can describe Hembree’s comeback in the local music scene better than the title for its latest single, “New Oasis.”

Hembree — the last name of a friend who continuously encouraged their return — is noticeably changed. At first listen of “New Oasis,” you hear a new poppy vocalist surrounded by folky harmonies, with smooth transitions into rock-out sections vibing loosely on their Americana days.

That unfamiliar voice is none other than guitarist Flynn, who’s played in bands since grade school, but never once as the lead singer.

“I wanted to sing out of desperation,” Flynn says. “I really wanted to play music, I knew that I could sing, but I just didn’t know what my style would be or if I had a style.”

Holed up in the studio, Flynn started making demos following Quiet Corral’s ending. Hesitant to share his songs, he sent a couple of tracks to drummer and sound engineer Jim Barnes, without revealing himself as the vocalist.

“Jim ended up being really supportive and encouraging me to write more songs. I went from being really pessimistic about music to really optimistic over the course of two weeks,” he says laughing.

Musically, Flynn channels “shameless” top-40 songs, and pop icons like Prince, Michael Jackson and Daryl Hall and John Oates, and combines them with elements of Americana and roots rock.

As chief songwriter, Flynn thoughtfully documents the human experience as he describes the obstacles that have been thrown his way, including his mom’s battle with cancer in 2012-13.

“When someone that close to you goes through something that difficult, it just really rattled me,” he says. “She didn’t really let it defeat her and that made me realize how many things were important to me, and music became such a gift.”

Quiet Corral had a reputation for its tenacity, its youngest members leaving school for a life of touring for almost no money, and plenty to gain. The locals landed a spot in the 2012 Austin City Limits Festival, and gained attention from bloggers across the nation.

They knew what they wanted, and always went barreling toward it. All of their hard work was on its way to paying off if they were all willing to saddle down and put in the necessary time.

That’s when they discovered that level of investment wasn’t the plan the whole team had in mind.

“It looked like some sort of label situation was going to happen,” Flynn says. “Our manager called and said we’d have to do 150 tour dates next year, and the rest of us were like, 'This is everything we’ve ever wanted.' [Roberts] just had other priorities.”

“Truthfully I was devastated when he left because we had just put so much in it.”

Flynn wasn’t the only member feeling deflated by the news. He says it felt like they had used up their one real shot.

“We felt like we had failed but we didn’t actually fail,” Flynn says. “Everything was going perfectly and basically someone pulled the cord.”

But it was probably for the best, Flynn adds. The alt-country, Americana wave Quiet Corral had been riding (think the height of Mumford and Sons) was coming to an end, and he feels their following might have lost interest had they continued down that path.

Now they have a fresh start, taking their faithful fans in a new direction. And they still have the incredible influence and support of lyrical songwriter Roberts.

“He helped me grow into a better songwriter, a better musician and a better lyricist, so I really owe him a lot,” Flynn says.

Now Hembree is playing live for the first time at a free Plaza Art Fair concert at 7 p.m. Friday, and a six-song EP is scheduled to release in late November.

“We were so serious about everything in Quiet Corral, and I want to take the music seriously, but I also just want to enjoy making music and having fun with my friends,” Flynn says. “Hopefully good things will come from trying to be as creative as possible.”