Mates of State to play concert at Lawrence Public Library 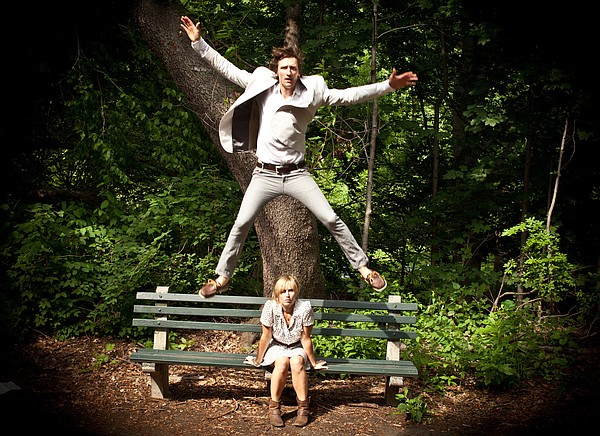 Mates of State by Contributed Photo

Popular indie pop duo Mates of State, made up of husband and wife team (and former KU students) Kori Gardner and Jason Hammel, are making another tour stop in Lawrence, only this time to perform at a venue you may not expect: the Lawrence Public Library. The band will be playing a free after-hours show there at 10 p.m. Feb. 1. Doors will open at 9 p.m.

With their Lawrence roots, the music power couple come to town quite often — most recently for a concert last April at Liberty Hall — but the twist this time is the choice of venue. The new library auditorium seats about 160 people, not counting standing room, so the show promises to be an intimate one. It wouldn't be the first time the band has played here at a cozy venue, however — the duo performed a "warmup" show at Frank's North Star Tavern in 2013.

Kristin Soper, who's in charge of the library's events and programming, said that library Director Brad Allen is an acquaintance of the band and reached out to them about ending their current tour with a show in LPL's new building. Soper said the library is trying to book fun events you wouldn't normally expect to see in a library, and the hope is to host more events like this one in the future.

The date of the concert is also notable because it's Super Bowl Sunday, which explains the later 10 p.m. showtime, Soper said, so the events wouldn't conflict. As of right now, people will be seated on a first-come, first-served basis, but that could change if there's enough interest in the show to make issuing tickets necessary, Soper said.