A taste of what's on the menu for Merchants Pub and Plate (quail panzanella!) 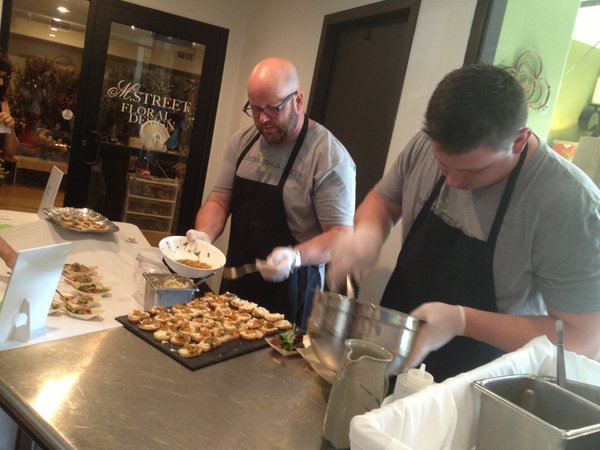 Co-owners of the soon-to-come Merchants Pub and Plate, Philip Wilson and chef T.K. Peterson, were chatting up potential customers while whipping up appetizers Friday evening in the back room of the Phoenix Gallery.

Final Friday-goers got to try two items expected to be on the menu at the new gastropub-style restaurant, on track to open in mid-August in the building formerly home to Teller’s, 746 Massachusetts St. (Previously, Wilson was the operating manager of Teller’s, and Peterson was executive chef at the Oread.)

On the table at Phoenix Gallery were samples of Black Pepper Mascarpone Crostini with Peach Basil Preserves and little boats of Grilled Quail Panzanella Salad, a mix of tender quail slices, arugula, diced tomatoes, fresh onions and bread cubes that soaked up a bright vinaigrette (a decidedly non-woodsy take on quail, and, unlike some at-home versions around these parts, birdshot-free!). I thought both were pretty to look at, fresh, flavorful and season-appropriate — and of course even better with a sip of the sauvignon blanc and IPA they were serving next door at BIAO Designs. 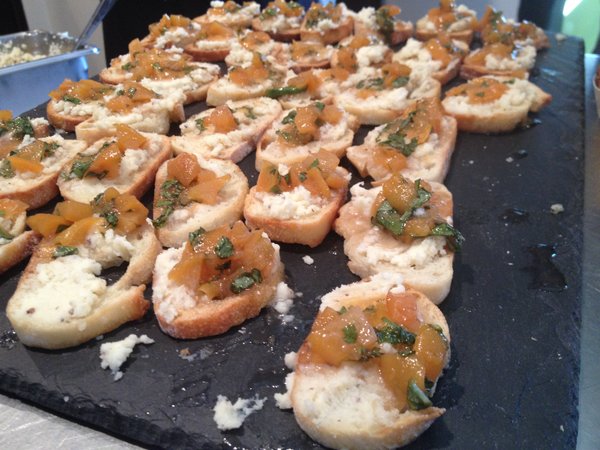 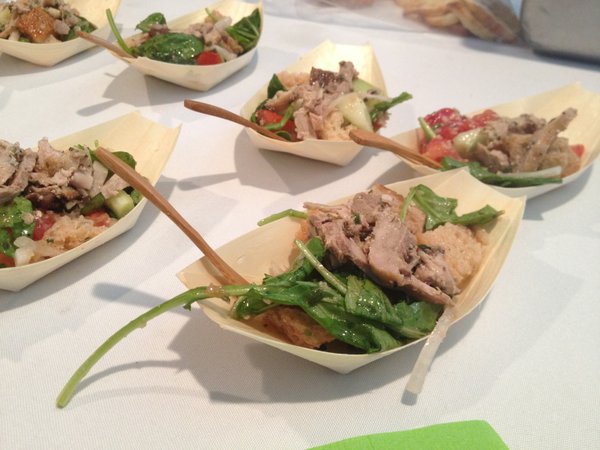 That’s good, because one of Merchants’ main goals is making seasonal food that goes well with beer, Peterson said. “It’s just kind of the food I want to cook,” he said. “Our restaurant’s going to be heavy on the beer side of things ... we’re beer enthusiasts.”

Merchants plans to have 30 beers on tap — all craft varieties, including Free State and other area beers — with no duplicate handles. Owners say that’s easily the most beers on tap of any place in town.

Try something unusual or know of something interesting going on at a Lawrence restaurant? Send me an email at sshepherd@ljworld.com or contact me on Twitter @KCSSara. For more local food and restaurant news, click here.

I tried the samples...and the wine of course...and it was delicious! Thanks for the samples!