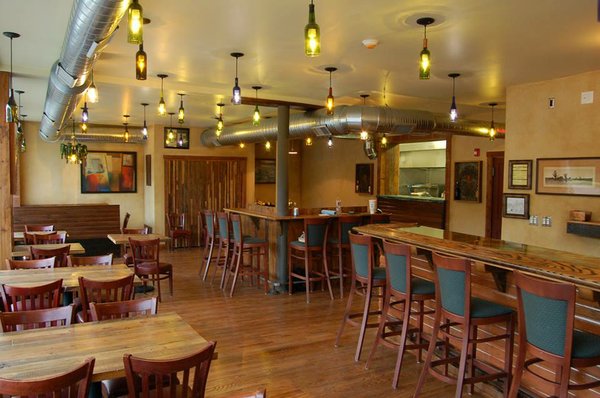 UPDATE (2 p.m. Tuesday): Pushed back again! A new press release from Merchants says that instead of Thursday, they'll open at 11 a.m. Saturday.

UPDATE (4:30 p.m. Monday): Merchants will open for business at 11 a.m. Thursday, according to a press release that just came in. Reservations can be made online at www.OpenTable.com or by calling the restaurant at 785-843-4111. “At Merchants you’ll find an upscale pub atmosphere featuring food inspired by the region,” co-owner Philip Wilson said in the announcement. "Our doors are open to all who wish to eat and drink well."

Merchants Pub and Plate, the new gastropub in the former Teller’s location at 746 Massachusetts St., plans to open this week. Merchants has one inspection down and two to go, according to an update today on the restaurant’s Facebook page.

Merchants originally hoped to open in mid-August, but as restaurant openings are wont to do, that date got pushed back. Owners said last week they are now hoping to open Wednesday (see "UPDATE," above), as long as the final inspections go as planned.

Philip Wilson and chef TK Peterson, formerly chef at the Oread, own the new restaurant. See their latest updates at facebook.com/MerchantsOnMass, where I’m sure they’ll post the firm opening day as soon as it’s official.

“If we’re not open by the weekend, we’ll be open the first of next week no matter what,” owner Brad Walters told me today. Basil Leaf stopped serving in its old home, a corner of the Miller Mart convenience store on Sixth Street, last month to prepare for the move.

Walters has completely transformed the old Joe’s space — for one, knocking out the wall that once confined the public area to the doughnut counter and just enough space to walk back and forth in front of it. It’s now a cozy sit-down restaurant full of rough-hewn wooden tables, pendant lights made of wine bottles and a bar (with a liquor license). In the new, bigger restaurant, Walters plans to expand his menu offerings as well.

Basil Leaf also is posting daily updates on its Facebook page if you want to tune in, facebook.com/TheBasilLeafCafeKS.

P.S. While we’re talking restaurant musical chairs, if you’re wondering why the big yellow Blissful Bite food truck isn’t serving lunch today at 11th and Massachusetts, they — like a lot of Lawrencians soon will be no doubt — are in Winfield. Any hungry folks reading this from the Walnut Valley Festival, be advised, the Blissful Bite is on the ground now.