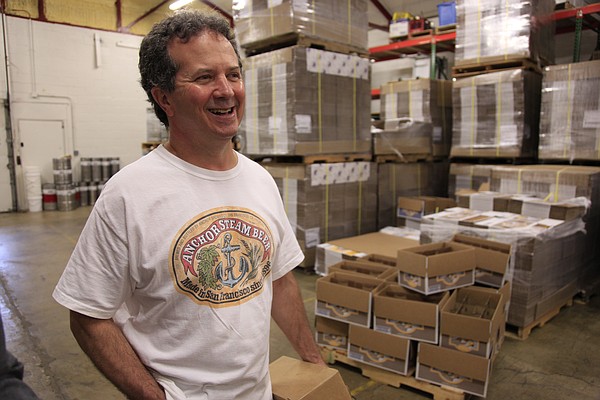 At first, Chuck Magerl was surprised to hear the news.

The longtime owner of Free State Brewery Co., 636 Massachusetts St., is the newest member of the Kansas Restaurant Hall of Fame.

“It was completely unexpected,” Magerl says, remembering the congratulatory phone call from Adam Mills, president of the Kansas Restaurant and Hospitality Association. “And then I thought, ‘Well, I guess I have been in business at Free State a little over 25 years now.'”

In the winter of 1989, Free State Brewing Co. became the state’s first legal brewery in more than 100 years.

Much like the pioneers of Kansas' early years, Magerl says he didn’t know what to expect in the beginning.

“When we opened, there was nobody between Chicago and Denver doing what we were doing,” he says. “We were out there in the wilderness.”

In those days, there wasn’t as much familiarity here in the Midwest with the more flavorful varieties of beer popular in Europe.

The public’s “widespread embrace” of craft beers and microbrews over the past quarter-century has contributed to Free State’s success, he says.

“It’s been gratifying to see what had been seen as perhaps bland American food culture become one of the most diverse and encompassing in the world,” Magerl says.

Free State’s flagship brews (Ad Astra Ale, Copperhead Pale Ale, Oatmeal Stout and Wheat State Golden) have since become legends of the Lawrence dining scene. And, with the recent start of distribution in Iowa, Magerl has “no intention of resting on the past.”

At the induction ceremony last month in Wichita, Magerl received a hand-blown glass sculpture from the Kansas Restaurant and Hospitality Association. He hasn’t found a secure place to display it at Free State, but he hopes to sometime soon.