Speakeasies may not be known as brunch destinations, Kate Brubacher admits, but she's hoping to change that at John Brown's Underground, 7 E. Seventh St.

The bar is now in its third week of offering brunch to customers, says Underground manager Brubacher, who explains the move as a way to boost food sales on weekends.

So far, she says, the response has been huge.

The brunch menu, available from 9 a.m. to 2 p.m. Saturday and Sunday, features a handful of inventive breakfast-sandwich options, from the Jam on JB (eggs, plus fig or raspberry jam with meat and cheese on Texas toast) to the Mac Stack, a mixture of eggs, macaroni and cheese bites, and meat and cheese on Texas toast. There's also the Bourbon Bacon Waffle — Brubacher's favorite — and something called "French Toast in a Jar."

As always, booze is readily available — though the meals come with a choice of coffee, orange juice or tomato juice.

Plenty of downtown businesses are open Sundays, she says, so why not Limestone? Rascoll hopes the expanded hours will better accommodate "late risers" from 11 a.m. to 4 p.m.

Don't expect the pizza joint to turn into a full-fledged pancake house, though. Limestone is sticking with what it does best, mostly. In lieu of an official menu, the restaurant offers rotating specials like biscuits-and-gravy pizza and other brunch-y creations.

"We're not trying to be a breakfast place," Rascoll says. "We're starting small, trying to figure things out right now." 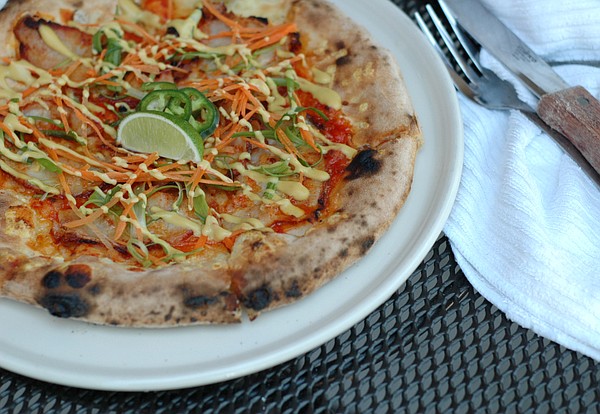