Chefs to host tribute to Pachamamas on Thursday

The event, billed as a "tribute to Pachamamas" comes on the heels of the announcement of the restaurant's likely closing. Last month, chef/owner Baker told the Journal-World he would close Pachamamas if a buyer isn't found.

Nor is it a eulogy to the restaurant, as its name suggests.

He sees the seven-course dinner (priced at $125 per person, including wine pairings, plus tax) as a celebration. Nine of Baker's foodie friends helped create the menu, and come Thursday, will make the trip to Pachamamas to cook it.

"It's a tribute to all the people who have worked here, all the customers, all the chefs who are passionate about food," says Baker, who is excited to reunite with Pachamamas alums and culinary peers.

Thursday's soiree will include a reception with the chefs at 6 p.m., followed by dinner at 7 p.m. If you didn't snag tickets, Baker says to make sure to stop by Pachamamas sometime soon. The restaurant will remain open full-time until Valentine's Day.

"Our client base is really important to me," he says. "I'd like to see as many of them as possible." 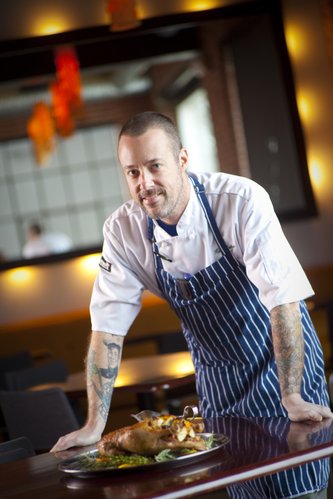