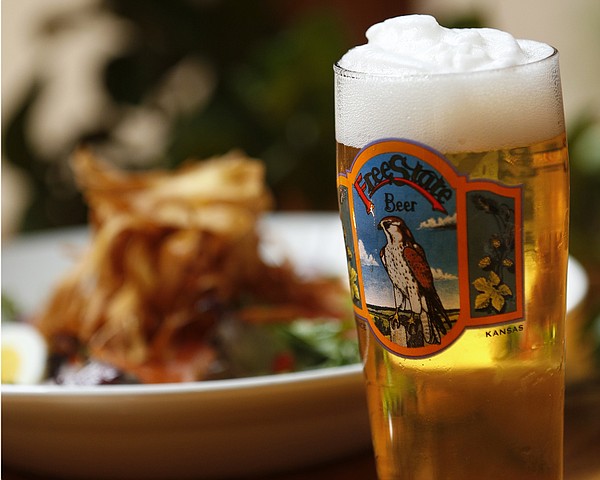 As if you needed another excuse to go to Free State Brewing Co.'s cheap pint night on Mondays, entertainment website Thrillist has named the longtime Lawrence restaurant and beer-maker as the best craft brewery in Kansas.

The site recently made a list of the best craft brewers in every state, and the inclusion of Free State should come as no surprise to Lawrencians. It's not exactly a secret how much people love brews like the John Brown, Free State Golden and, one of the 9 Drink Wonders of Lawrence, the Ad Astra Ale.

Here's what Thrillist had to say: "Tallgrass has a bit bigger profile and reach, but there simply isn't a finer beer in the land than the exceedingly complex, yet balanced Old Backus Barleywine from Kansas' original craft kingpin, Free State, which has been keeping Lawrence's collective thirst quenched since 1989. Rock Chalk!"

Employees at Thrillist must have done some bar-hopping in Lawrence before, because the website also recently gave some love to Johnny's Tavern as the most iconic bar in Kansas.

For more on Free State, check out this story by Caitlin Doornbos on how the brewery is pairing up with some Lawrence High School graduates to make a special beer for their 20-year reunion this weekend.