Lawrence isn’t one of the 21 big cities the website Thrillist usually writes about, but somebody on their staff has been here — and been very impressed with one of our burgers.

The Burger Stand’s “Hamburg Burger” (which I'm pretty sure is one of their inventive specials, but not on the regular daily menu) made Thrillist’s list of “the 33 best burgers in the entire country,” published this week. Here’s what they said:

Originally started in the kitchen of an Irish pub in 2009, the burger stand has reached cult status in and around the college town thanks to their custom blend of tenderloin, strip steak, and ribeye; their housemade sauces (cherry pepper or chipotle cocoa ketchup, whole grain guinness mustard); and their duck fat fries. If you're feeling bold (and hell, you're in Kansas, why wouldn't you be?!?), get the Hamburg burger -- a German take with braised red cabbage, whole grain mustard, and homemade pickle relish.

Check out the Hamburg and the other 32 burgers — and find a printable PDF checklist if you have a wild hair to travel around the country and try them all — here. Burger Stand has been voted Lawrence's best burger three years running, and also got a shout out on Zagat's "best burgers in 25 cities" list earlier this year.

Try something unusual or know of something interesting going on at a Lawrence restaurant? Send me an email at sshepherd@ljworld.com or contact me on Twitter @KCSSara. For more local food and restaurant news, click here. 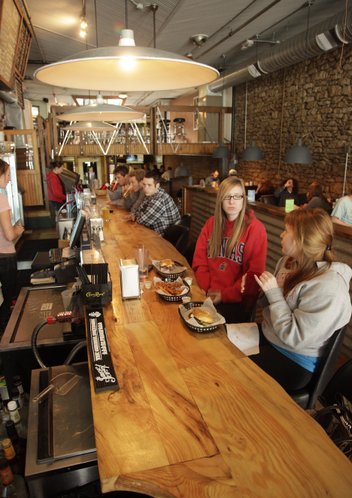 Zagat has taken note of something we Lawrencians have known for a while, if the Best of Lawrence contest is a fair indication. Zagat released its “Best Burgers in 25 Cities” list this week, and the Burger Stand at the Casbah, 803 Massachusetts St., is on it.

In a recent Zagat survey, the Zagat.com Blog feature explains, diners revealed they eat burgers more than four times per month. Thus, Zagat compiled the list in honor of the American favorite.

The Burger Stand joins restaurants and dives from Honolulu to Boston. (While Burger Stand is listed as being in Kansas City, I’m giving them the benefit of the doubt and assuming they’re implying the Kansas City area.)

As far is the quotes in Zagat’s summary of our local favorite go, they don’t indicate who or what they’re quoting. Maybe reader reviews? Anyway, here’s what they have to say:

“Outstanding” “gourmet” burgers and the “best” sides (“you can’t beat the truffle or duck-fat fries”) make this “cool” Lawrence joint a “new classic” whose “bustling” vibe “feels vital without being obnoxious”; service is “quick”, the bar stays open late most nights, and even if it’s not the cheapest patty-slinger around, you get to “indulge without emptying the bank.” 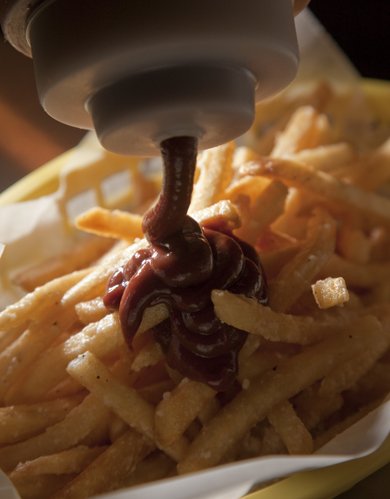