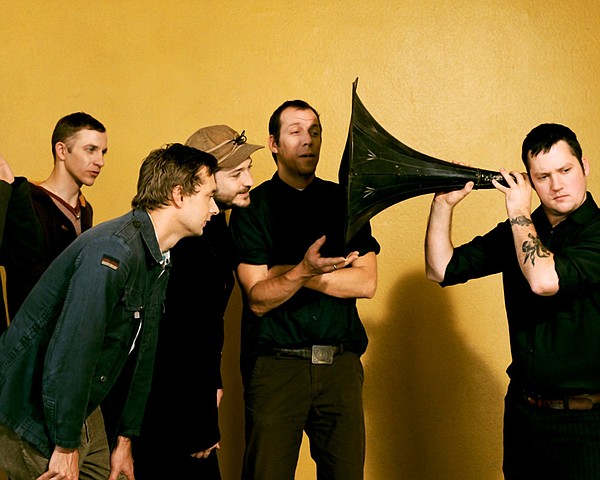 Modest Mouse will be playing a show Sept. 1 at Liberty Hall.

On the heels of an album that took almost a decade to make, Modest Mouse is coming to Lawrence for a Sept. 1 show at Liberty Hall, the band announced Wednesday.

The indie-rock outfit, which last played in Lawrence in 2006, has spent the last eight years working on its latest LP, "Strangers to Ourselves," which was released this March.

It's hard to believe, but Modest Mouse has been around 20 years. The band found mainstream success with 2004's "Good News for People Who Like Bad News" and especially for their earworm single "Float On," which to this day remains a staple of alt-rock and college radio rotations everywhere.

Tickets for the Lawrence show, which will feature a TBA special guest, will go on sale at 10 a.m. June 19 online and at the Liberty Hall box office. General admission tickets cost $40, and reserved balcony seats are $50.