Remodeling Your House on a Budget Before Renting it Out

If you want to put your property to work, renting it out is a superb way to bring in additional income. Remodeling your house on a budget is possible as there are some small renovation projects that can make a big positive difference to your place. Fix what’s broken Fix ...

Most people think of tiny homes as being fixed in one spot, much like residential houses. However, most tiny homes are built on trailers, making them easy to transport, position, and relocate. These structures are known as THOW (tiny homes on wheels). The tiny house movement is growing in numbers, ...

You can’t call yourself an anime fan if you haven’t watched Naruto. It is among the greatest and the most famous anime series of these two decades. Written by Masashi Kishimoto, the anime centers around a young ninja from the village of Konoha, Naruto. The writer has managed to picture ...

Generally, I can live without peanut butter, and I can live without chocolate. I know, I know. I'm not normal. Take away my woman card. It's unholy. I get it. However, at holiday time, I get an urge for what I like to call Peanut Butter Yum Yum Bombs, and ...

I have a new(ish) job at The Willow Domestic Violence Center. It is a great transition for me and I get to do fun things mostly about talking to and training willing and amazing volunteers all day long. I like to try to keep those volunteers happy. They work really ...

We all love shrimp cocktail, right? Extra spicy/horseradish-y? I don't care if the 1970s called and want their appetizer back — it's delicious. And it's easy and everyone at your party will eat their weight in it. The bonus is that it's even healthy, which is not something we can ...

Soup is so awesome, right? I can make a vat of it for little money, it's warm and soul satisfying, and so easy, particularly when there is a slow cooker involved. I'm so busy these days and packing my own lunch, while financially desirable, is often a real bummer. I ...

Fried Tofu with Awesome Sauce. It's not turkey!

The minute Thanksgiving is over, the switch is flipped and I want to start eating things that have spice, color and are the dead opposite of the rich, creamy, salty foods of the holiday. Lately, I've been on a tofu kick. I know, I know. But here's the deal — ...

I teach informal cooking classes to my friends once in awhile, and recently we decided that we needed to go over some Thanksgiving basics before the big event occurred. One friend is newly married and one is visiting her fairly new boyfriend's family for the holiday, and both wanted to ...

Apparently I should write a whole book on "Creative Ways to Use Up a Roast" because lately it's been happening often. I buy a roast or two on sale, slow cook them, and then eat them for days, trying desperately to reinvent them into new dishes so we don't all ... 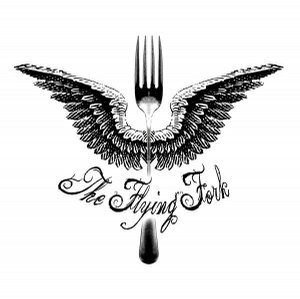