Welcome back to Fashion!

Every Friday, my Feminite Side and I get together and discuss the uniforms for each team in one of the eight groups at World Cup 2010. At the end of each discussion, the jersey in question will be scored between 0 and 5 on the Tshabalala Scale.

This week, we tackle Group E. 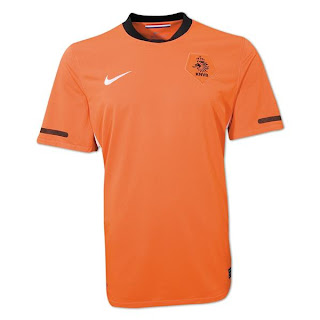 ZGS: There are two schools of thought for dealing with this jersey.
Feminine Side: You mean, "this shit is boring" versus "this shit is ugly?"
ZGS: Well, half of that. It's boring, but it's a classic look for the Dutch.
FS: Orange is the worst color on the planet. People who listen to rap-rock wear orange. Orange is the color of Halloween sweatshirts you buy at Walmart. The only reason anyone should EVER wear orange is if you are currently incarcerated because all the people that lived above the buildings you was hustlin' in front of called the police on you when you was just tryin' to make some money to feed your daughters.
ZGS: Did you just quote the beginning of the song "Juicy" to make a point about the color orange?
FS: I happen to have good taste in clothes AND music.
ZGS: Pat Benatar! I officially give this jersey 2 out of 5 Tshabalalas. 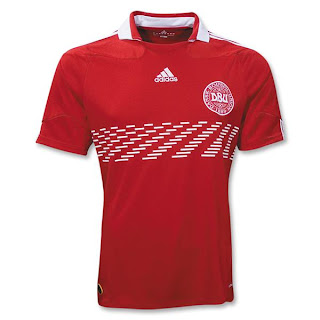 FS: This jersey is TURRRIBLE.
ZGS: The badge looks like a freaking crayon drawing. And what is with that graphic on the front?
FS: Remember when we went to that Lazer Lights Show in Gage Park?
ZGS: I've tried to block it out, but, yes. Unfortunately.
FS: Looking at this shirt is visually similar, but emotionally worse.
ZGS: Debbie Harry! I officially give this jersey 1 out of 5 Tshabalalas. 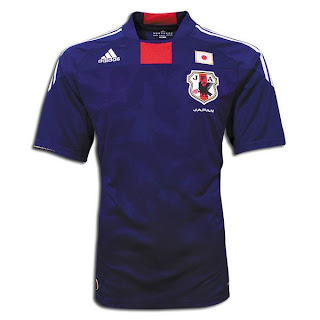 FS: I love it. I absolutely love it.
ZGS: I wouldn't go that far, but it's definitely a good jersey.
FS: Look at how balanced all the elements are. It's so orderly, quiet but austere.
ZGS: I feel like we're both on the verge of saying something racist.
FS: I don't know what you're talking about.
ZGS: Really? Use a simile to describe it.
FS: Well, I guess if I had to, I would say it's like a zen garden.... Fuck.
ZGS: Debbie Gibson! I officially give this jersey 4.5 out of 5 Tshabalalas. 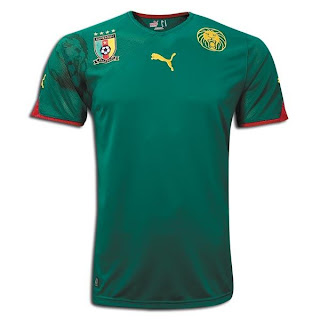 ZGS: Another Puma jersey with a mesh sleeve. I don't even know why I'm surprised anymore.
FS: This one isn't THAT bad. Well, not as bad as the other ones, at least.
ZGS: There a whole lot of logo going on around the shoulders. Some mixed cat metaphors.
FS: It kind of reminds me of NASCAR.
ZGS: God, I hate NASCAR.
FS: EVERYONE hates NASCAR.
ZGS: Blondie! I officially give this jersey 2.5 out of 5 Tshabalalas.