Day One Wrap Up.

Day one is done. Group A games finished with two ties, one boring and one quite enthralling.

In the first match of the day, South Africa faced up against the [any negative adjective besides "dirty"] Mexican team.

I have to give a little credit to Mexico--they played a very clean and open game.* El Tri controlled the ball for most of the first half, and G2Santos wriggled around like a little, dangerous albeit bitchy fish. The Bafana Bafana didn't play badly; they had a couple of slick passing movements, but for the most part, it looked like the hosts were extremely nervous.

The major talking point of the game came In the 38th minute when Carlos Vela nodded the ball into the back of the net off a Mexico corner kick. As the celebraciones began, the referee blew his whistle to signal offsides, disallowing the goal. I'll be honest: It was a confusing situation. As a long time soccer player, initially, I was convinced that the goal should count. Let's go to the tape:

Anecdotally, the goalkeeper is always the last defender, so if a field player is on the goal line, it's easy to see why most people would assume that no one on the attacking half of the field can be in an offside position. That's the erroneous thought running through my brain as I saw the instant replay. But, according to the FIFA 2010/2011 Laws of the Game:

That was either the best refereeing decision I have ever seen, or the luckiest. Amazing. The next time we have a blown call, let's not forget that sometimes, the refs get it right in controversial situations.

This is the most important thing for you to know:

First off, SWEET celebration. Nobody celebrates better than an African team. Second, HOLYFCUKINGSHITWHATAGOAL! Just like Philip Lahm's strike in 2006, I wouldn't be surprised if the inaugural goal of 2010 is in the top five for the tournament.

The second half was a much more even affair. Mexico still had the majority of possession, but South Africa was much more dangerous, creating several chances on the counter-attack.

Stupid Mexico eventually scored a stupid equalizer from a stupid mistake by Aaron Makoena that allowed stupid Rafa Marquez to take a stupid shot that did score, but was still stupid. I am by no means Fox News, so I will not provide fair and balanced YouTube coverage of this goal. Suffice it to say that Mexico's goal was STUPID. 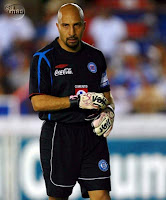 In the 90th minute, somefuckingsouthafrican played a long flighted ball over the Mexican back line to forward Katlego Mphela. KM outpaced the defense, racing in to the box where he was one on one with creepy looking henchman/goalkeeper Oscar Perez. The ball fell to Mphela's weaker left foot, and his scuffed shot skipped past the rooted henchman and off the near post.

Disappointment reigned supreme and both teams escaped with an arguably undeserved point.

In the late match, a benched Thierry Henry and his controversial handball played against a group of dudes pretending to be Italy. That, or France played Uruguay. I can't be sure which.

God, this game was boring. I watched the first ten minutes, wondering what the deal was with Toulalan's super-gray hair. Supposedly, he's 26. I'm not so sure about that, Wikipedia. Uruguay was packing 7 people on their back line, leaving Forlan and whatever that other guy who isn't Forlan up there to fend for themselves. I think I drifted off a little bit after the fifteenth minute, periods of thinking about Abou Diaby's shaved head and how Franck Ribery is a Pedophile interspersed with some 30 second boredom naps . At some point in time during that haze, Gourcuff tried an audacious free kick from an impossible angle, which was kind of sweet, but it was mostly a lot of French possession with no real point. Meanwhile, the Uruguayans played defense.

I fell asleep at half-time and had to rewind from around the 66th minute on my DVR when I woke up. After watching back up to the point in the broadcast I had woken up, I decided that I'd just made a 20 minute mistake. I can't guarantee you this is true, but I think Uruguay may have slipped a couple of extra players on the field while I wasn't paying attention, but in the second half, it felt like they were playing even more defense than before, which I didn't think was physically possible.

Shit started to get better in the 72nd minute as Thierry Henry was subbed in for Le Sulk. A flurry of somewhat interesting things for both teams ensued: Forlan flashing a great chance wide, a red card for debutant Lodiero in the 81st, Henry ironically calling for a handball in the box and a last minute free kick from 20 yards out. Also, Uruguay played defense.

All in all, a BOOOOOORING game. I'm tellin' it like it is, people!

Group A just went through a time warp. They may as well have not even played any games. South Africa plays The Defenders on Wednesday, while France takes on Suxico Thursday morning. 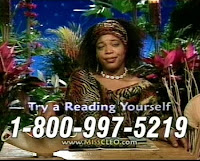 Greece versus South Korea could be an interesting game but won't. THERE WILL BE SO MUCH DEFENDING IT WILL MAKE YOUR EYES BLEED. SoKor will be the more creative of the sides, but only in the way that Two and a Half Men is more creative than According to Jim. I predict 1-1, if we're lucky.

Argentina versus Nigeria is the second game of the day. Have you ever seen that episode of Buffy the Vampire Slayer where that one demon keeps sucking the life out of people while they sleep to get stronger? Well, I definitely haven't, but this game is going to be like that. Argentina will cannibalize Nigeria. 4-1, Tinos.

The final game on our slate for Saturday is U-S-A! versus England. The US will win 196-1. I wish we could keep a clean sheet, but you know what? I'll take the victory.

*Don't be fooled, though. Serial killers tend to wait a few dates before they turn you into a love corpse.