Welcome back to Fashion!

Every Friday, my Feminine Side and I get together and discuss the uniforms for each team in one of the eight groups at World Cup 2010.  At the end of each discussion, the jersey in question will be scored between 0 and 5 on the Tshabalala Scale.

This week, we tackle Group F. 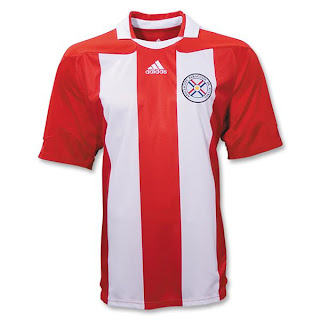 ZGS: This jersey be lookin' good.

Feminine Side: Your grammar be soundin' bad, but I totally agree. It's simple, its got a sweet collar and the stripes are very slimming.

ZGS: When we were growing up, did you ever watch Teenage Mutant Ninja Turtles with me?

FS: It was kind of unavoidable.

ZGS: Doesn't the red part of this jersey look like one of Raphael's sai?

FS: I hate that I know you, sometimes.

ZGS: Rascal Flatts! I officially give this jersey 4.5 out of 5 Tshabalalas. 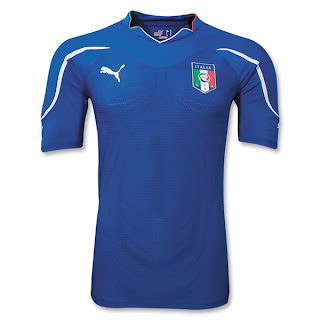 ZGS: Do you think that's supposed to be pecs and abs?

FS: I think it's supposed to be a stormtrooper. Or a robotic ghoul.

ZGS: Monster and robot conspiracy theories? You're starting to sound like me.

ZGS: Kenny Chesney! I officially give this jersey 1 out of 5 Tshabalalas. 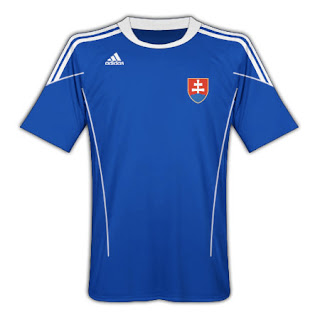 ZGS: That's a nice way of putting it. I would have gone with "shitty." The crest kind of looks like a pirate ship, though.

FS: I will never understand your love of pirates.

ZGS: It's simple. Take however much you hate this jersey, then multiply it by negative ten.

FS: I love that you know I think of hate as a negative number.

ZGS: Brooks and Dunn! I officially give this jersey 1.5 out of 5 Tshabalalas. 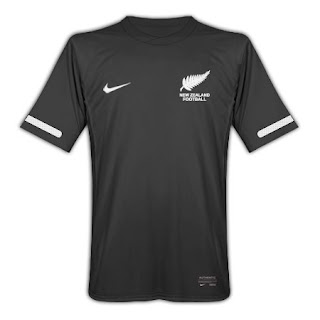 ZGS: I know what you're thinking, but stop. It's not even like that.

FS: This is New Zealand's away jersey. We only review home jerseys.

ZGS: When you can find a picture of it on the internet, you let me know. Until then, we'll just have to use our imaginations. I mean, the home jersey is pretty much the inverse what we're looking at right now.

ZGS: I'm not talking down to you!

FS: You're so mature.

ZGS: Bonnie Raitt! I officially give this jersey 4 out of 5 Tshabalalas.